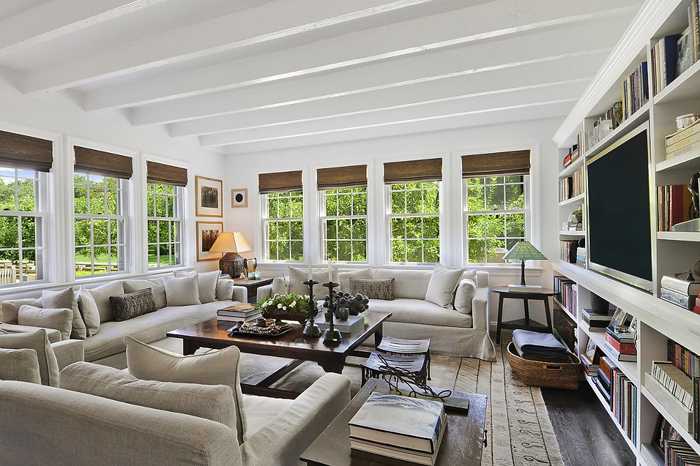 Sandy Gallin, the owner of this beautiful country house in Hamptons, is a very successful producer in the past who has worked with stars such as Mariah Carey and even Michael Jackson. It’s interesting, but at the end of his career in the music industry, Sandy decided to take up design and started by independently designing the interiors of his own houses. In 2009, he was so carried away that he began to make projects for clients, and still engaged. Sandy finds a lot in common in music and design, says that now he is producing homes. Today we have one of his residences with a large and luxurious territory!