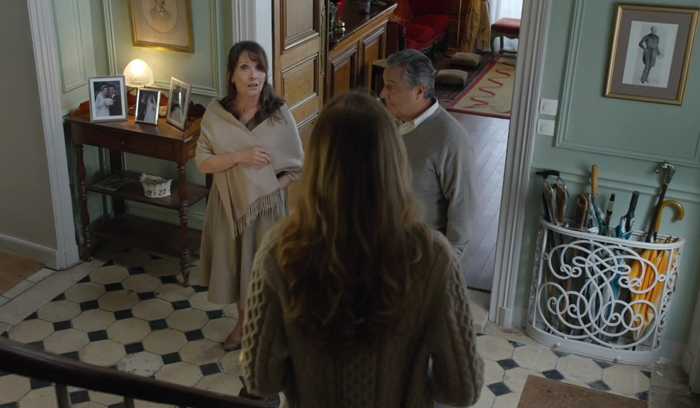 French comedies are mostly light, kind and bright – a good alternative to Hollywood movies! But perhaps the main advantage of French films is the incomparable interiors of Paris or the provinces, against which the main events usually unfold. So the family comedy Serial (Bad) Weddings (2014) was no exception. The main characters, an elderly married couple live in the town of Chinon, in the west of the country in a stunning traditional mansion with blue shutters and beautiful territory. Their daughters and husbands enjoying a more modern lifestyle, having nice apartments in Paris. In a word, the film contains French interiors for every taste. And the movie itself seemed very good as well!