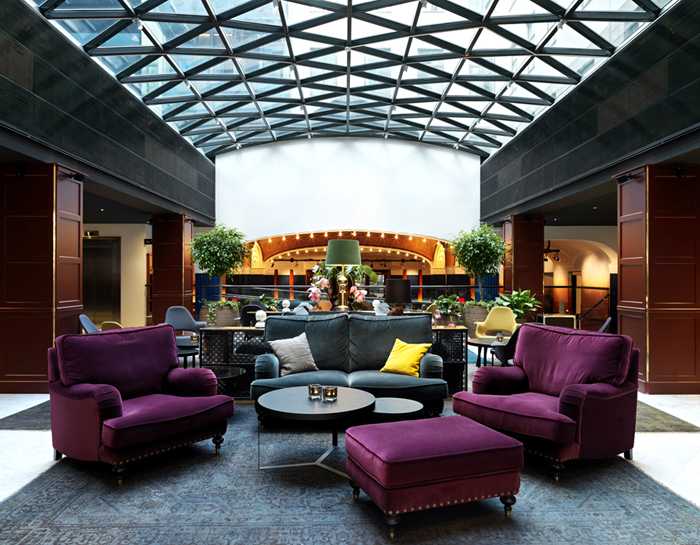 The design of the new Scandic Grand Central Hotel is like a love affair between a magnificent 19th-century palace and the street life of the Swedish capital. The once legendary and noble building, until recently, was in rather unsightly condition, but now this place is crowded with tourists and locals, and its restaurant is one of the most popular in the district. The creators of the hotel dubbed it the ‘city theater’, where they come to relax and have fun. Well, the interiors of the Scandic Grand Central won recognition in several categories at the prestigious European Hotel Design Awards!