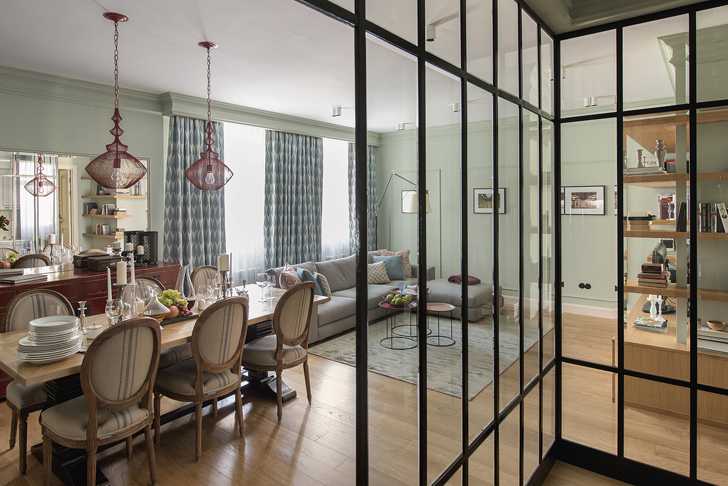 Adapting the existing layout to the needs of the client was the main task of the designer Valeria Dziuba in the project of this Moscow apartment. Despite a decent total area of ​​100 sqm, the initial distribution of space was not the most effective – two large rooms and elongated shape of the housing. After the redesign, the apartment began to fully meet the needs of the family: two full bedrooms, two bathrooms, a study, dressing rooms and a living room combined with a kitchen appeared. The owner for a long time could not decide on the style of the design, as a result, choosing between classics and Provence with elements of a loft, they decided to focus on light eclecticism.