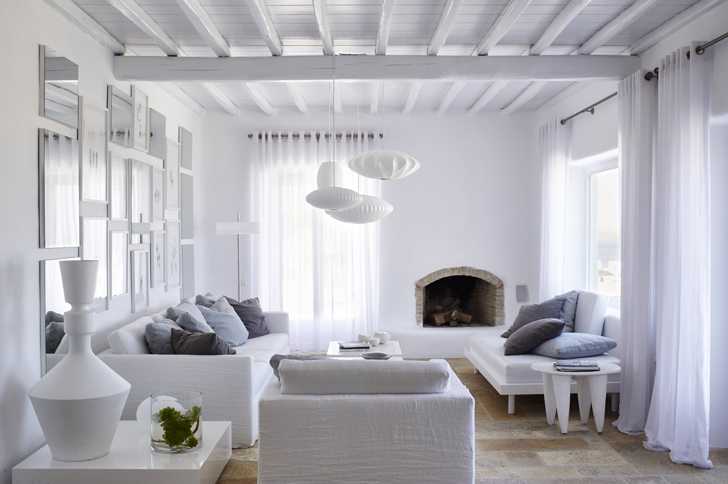 Although designer Jayne Wunder was born in distant South Africa, she understands and feels Greek architecture no worse than local designers. One of her best works is a beautiful snow-white villa on the island of Mykonos, which was created for a family of owners from London. The designer did not touch the facade and the white interiors living them it in a traditional form, but in addition to the famous Cycladic minimalism, a lot of authentic details appeared that made this home truly unique and moody. Paradise place!