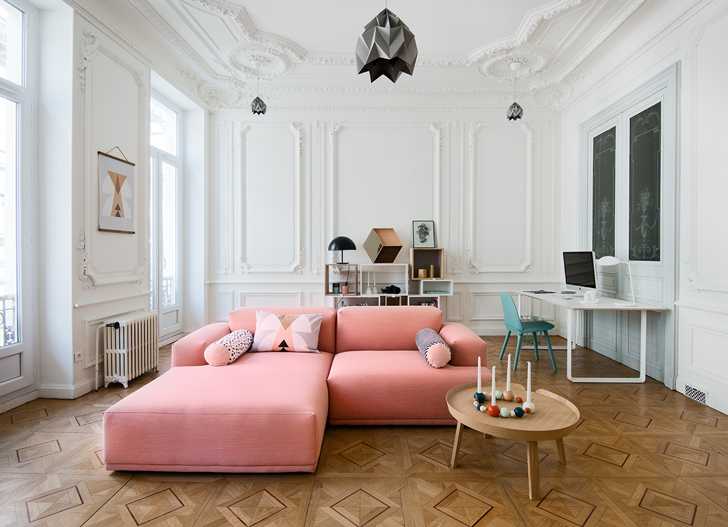 Design of this spacious apartment in the old house in Marseilles is very similar to its owners, a couple of a French and a Danish – the magnificent architecture of the 19th century and modern Scandinavian design miraculously intertwined in it. The family moved here after several years of living in the provinces when they realized that a calm village idyll was not for them, because they were always attracted by the atmosphere of a big city. Design and decoration of their own home is their favorite joint activity, so the couple gladly purchased an abandoned old apartment in a historic building in the very center to transform it to their own taste. The interior turned out to be quite specific, in some ways even austere, but still, it is at least very pleasant to watch such spaces because of the expressive lines and details. Let’s have a look!