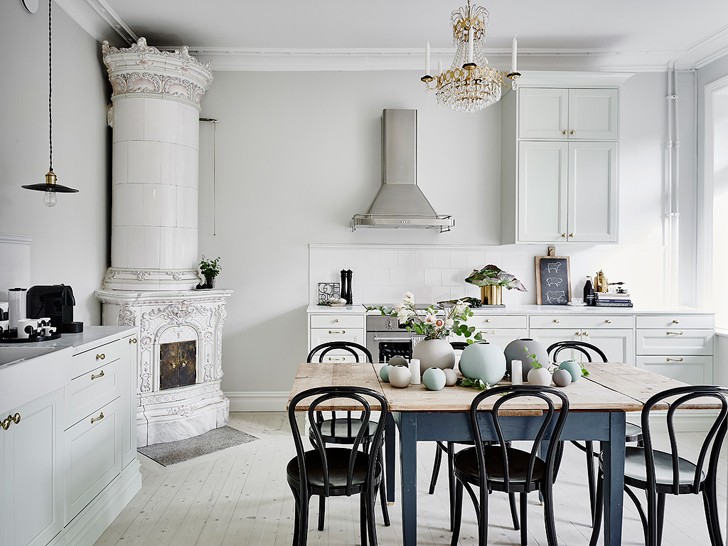 Kitchen is often a compromise between functionality and aesthetics. At first glance, it may seem that this is a typical Scandi kitchen with a predominance of white and simple lines. But there are details that distinguish this kitchen interior from the standard design in the Scandinavian style. If the lower group of cabinets is quite traditional, then pay attention to the top – the designer maintains harmony and does not overload the second part of the wall with cabinets. It looks airy, but without the sacrifice of functionality. The second feature of this interior a window at the sink. Many women admit that they dream of having a sink by the window. Here is a real embodiment of this idea. By the way, if there is no window at your sink, then a mirror can be considered as an alternative. Great light interior for a modern housewife!