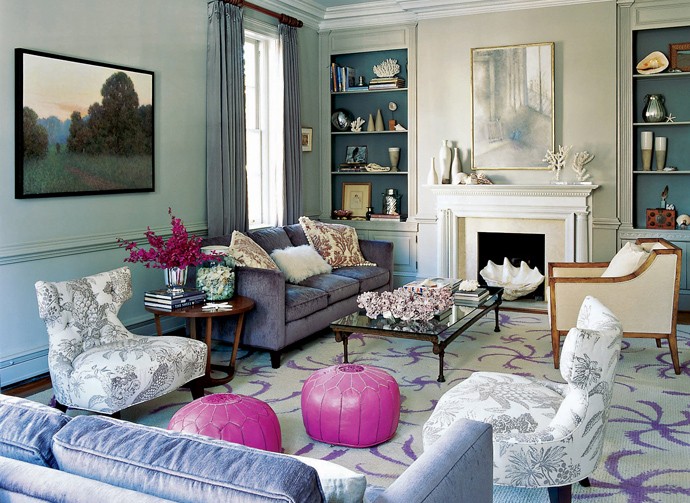 Playing with color contrasts is what the interior design of this house in Washington is based on. Hollywood actress Alexandra Wentworth, along with George Stephanopoulos, a well-known journalist and host of the ABC television channel, and her two daughters moved to this mansion not so long ago. The contrast is most noticeable in the decor of the two living rooms. One, pastel and tender, carries the function of a museum of natural science in the house – the owner keeps here a collection of seashells, which she collects from childhood. They were complemented by a woolen carpet, which Alexandra painted herself with paints on textiles, and a coffee table, which in the past was an army bunk. The second living room, on the contrary, is more noble and classic. On the chocolate-colored boiserie panels, the family collection of paintings was superbly positioned.