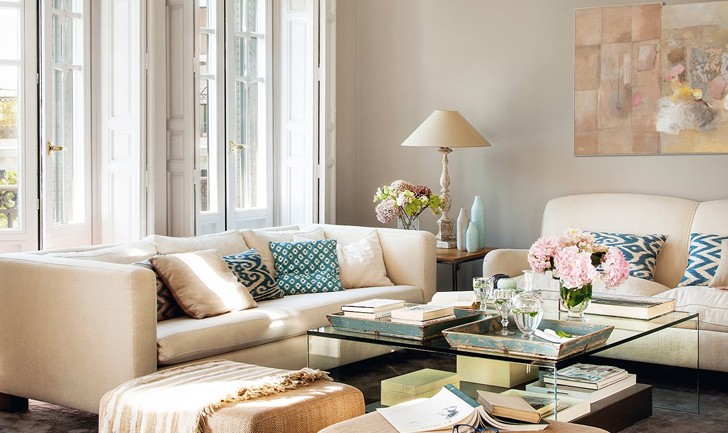 Seeing potential is what distinguishes a successful designer from just good. When designer Isabel saw her future apartment for the first time, she was impressed by the luxurious large windows and natural light, although the space needed a major renovation and was far from the definition of a dream home. The new owner had to do a great job before her apartment began to play with new colors and acquired such a magnificent look – most of the partitions were demolished, the flooring was completely replaced and some original architectural elements were carefully restored. But the result was worth all efforts. Bravo!