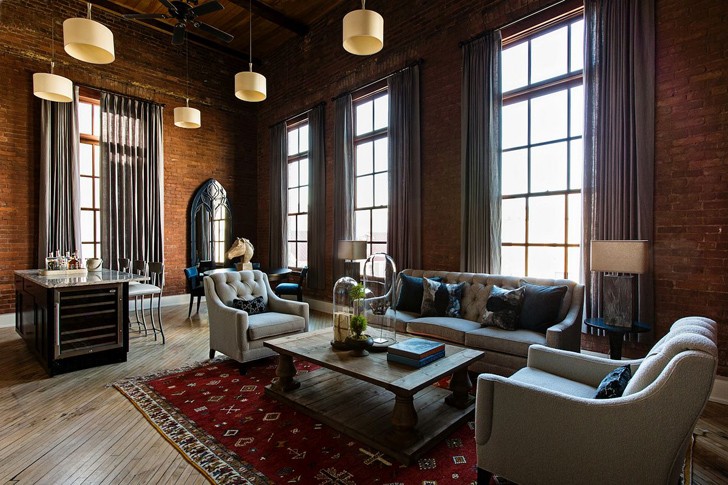 Today, in the Hotels section, we will go overseas to picturesque Charleston, one of the oldest cities on the southern coast of the United States, which has preserved numerous historical monuments, especially magnificent architecture. Buildings on the central streets of the city are an interesting mixture of elements of American, English, French and Afro-Caribbean cultures. In one of these buildings the beautiful Restoration Hotel is located, the concept of which is stated in the title – the restoration of the former grandeur of the most beautiful historic red brick house. Look what came out of it!