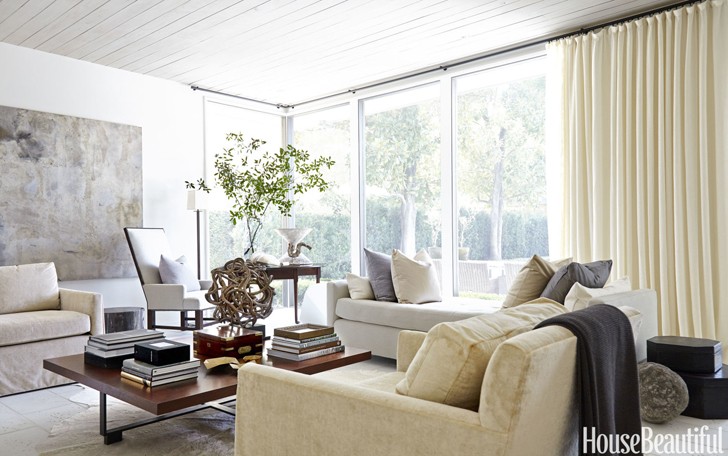 It is hard to imagine, but a house built in the 60s may look like a modern new building! This cottage was built back in 1961 in Houston, but recently designers did their best to transform this outdated estate. So the original white brick facade was complemented by black vertical shutters and a metal entrance door. The kitchen was initially very small, and its space was expanded through the proper organization of storage, instead of cumbersome buffets and cupboards. And the wooden panels on the ceiling in the living room are another reference to the past, which emphasizes one of the principles of this project: to create a visual continuity between the original house and the way it appears today.