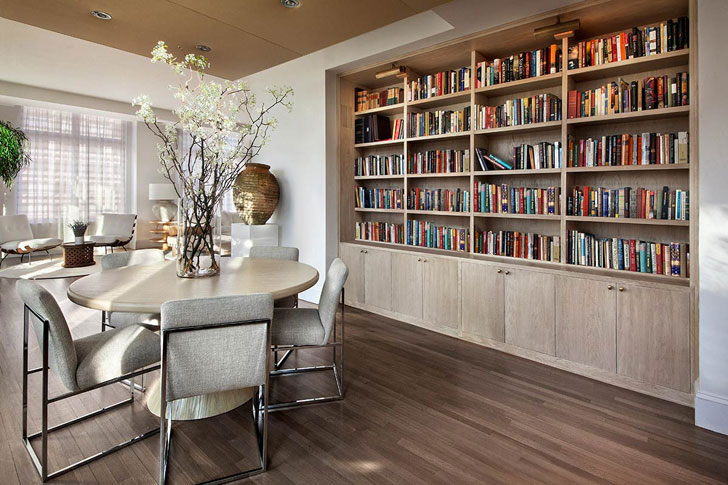 Thanks to industrial-style buildings, which in the 20th century mainly housed art workshops and galleries, the New York district of Soho at one time became a favorite place for artists. Now there are still many galleries, boutiques and restaurants, but some lofts, where art studios used to be, are now converted into private apartments. Just like this one. Designer Samuel Amoia created a wonderful living space for a couple of collectors: modern, stylish and cozy, which also became a personal gallery. The interiors are designed in creamy milky tones with the addition of gray, brown and black. The classics are perfectly diluted with live and artificial flower compositions. Perhaps, such a design may seem too conservative to some, but for expensive works of art it is often difficult to find appropriate background, but in this case the designer did it wonderfully.