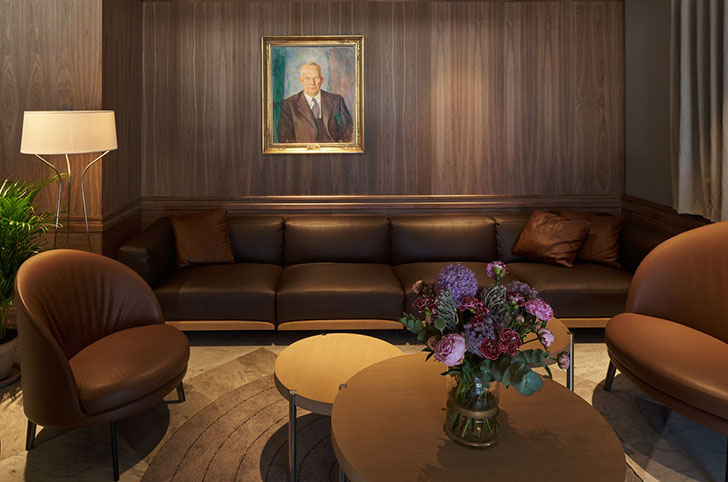 In the XIX century, this gorgeous building in the Norwegian city of Bergen was used as the city stock exchange. Now it is a modern and trendy hotel Bergen Børs with 124 rooms. Actually, the hotel occupies not only this particular building but three house detached houses in total – the exchange itself and two former bank premises. The main task of the architectural bureau Claesson Koivisto Rune, which was engaged in the project, was to harmoniously combine all three buildings from three different architectural periods into a single structure. It was important to make the hotel modern but without losing the heritage of the past.

If you like hotels in historical buildings, then you will love this old post office hotel in Belgium, that we posted earlier.