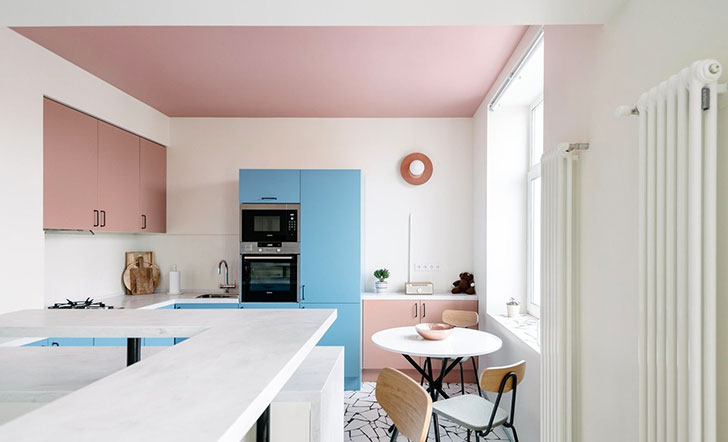 Scandinavian interiors are often blamed for dullness and monochrome, but this small bachelor apartment in Moscow is a completely different story. The owner lived in Denmark for some time and feels comfortable in Scandinavian minimalism. But in gray Moscow he really wanted more color, so that architect Boris Denisyuk filled the interior with touches of trendy pastel blue and pink. Despite the fact that the apartment is in a Stalin-era building and there was not much room for replanning, the living room and kitchen actually were united into one space. In general, this is a rather unusual colorful masculine dwelling.