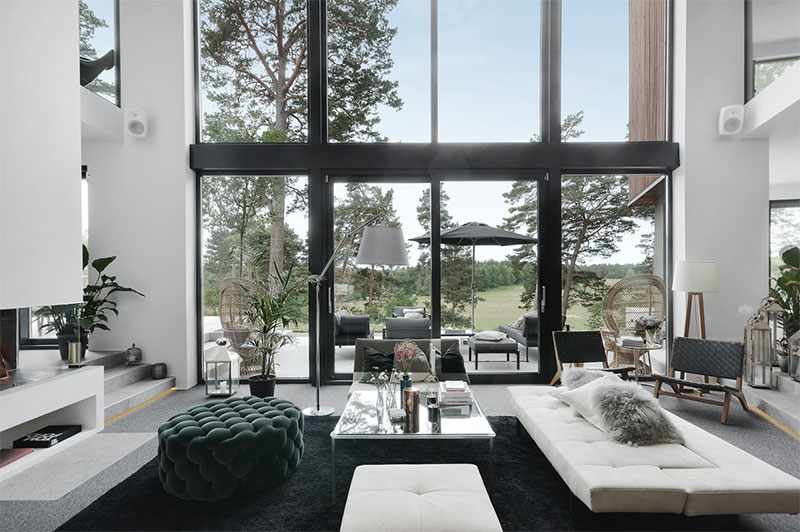 Isabella Lowengrip is one of those modern Scandinavian celebrities who got wild popularity on the wave of private blogs growth. So, in 2010, when she was 20, her Blondinbella blog became the most visited in Sweden, and she even received a special award for this. Since then, the girl’s life was never the same: she worked as the chief editor in a well-known magazine, participated in various TV shows, had some roles in movies. And just recently she bought a stunning modern villa with high ceilings and glass walls in a suburb of Stockholm. We are happy to share photos with you!