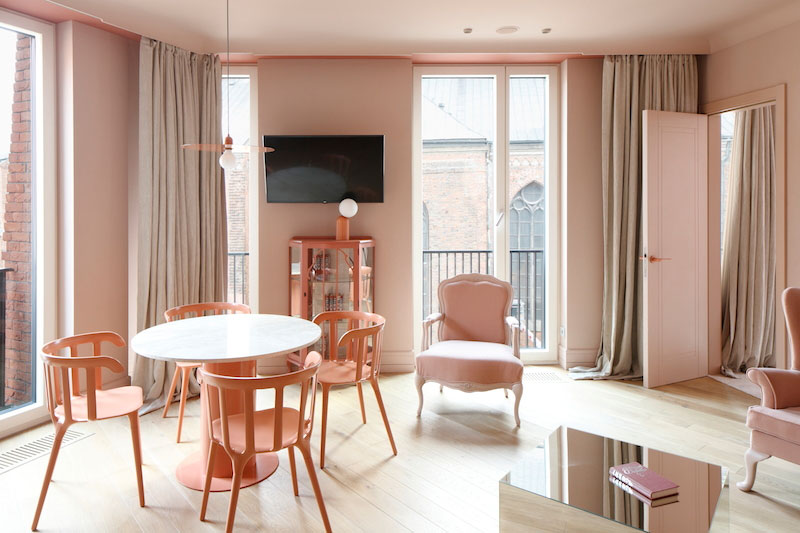 Initially, the extravagant modern building of the Redstone boutique hotel in Riga, Latvia, was not very welcome by the locals – they thought that the facade is beaten out of the general style of the old city and looks strange. But this did not prevent the hotel from becoming one of the most interesting in the Latvian capital. Each floor has its own color scheme: the third is colored in the colors of the Baltic Sea, the fourth one is in English pink, the fifth in milky white, and the sixth is called “Blue Lagoon”. In general, the whole concept is based on contrasts – the brutal industrial facade is opposed to monochrome rooms without bright accents and bold decor. Very unusual project – bold and fresh!