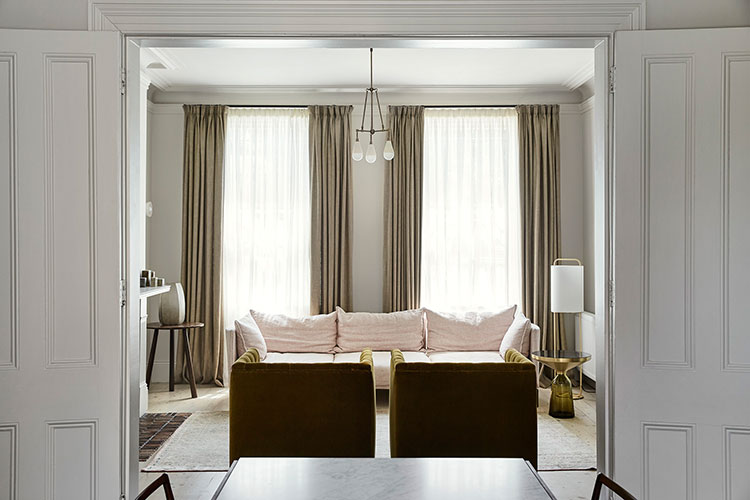 This Australian townhouse has a beautiful aristocratic past – in the middle of the 19th century there lived the Austrian artist Eugene von Gerard, and in the 30s of the last century the Lord and Lady Casey. Until 2013, the appearance of the house remained untouched, but later it was transformed by the current owners. The spirit of aristocratism is still felt here: straight lines, noble shades and exquisite objects – but everything has become more suitable and convenient for the modern urban dweller. The kitchen turned out to be very functional and cozy, while the bar and the wine collection became the owners’ special pride. In addition to the elegant interiors, there is a small backyard decorated with plants. A beautiful city home which only gets better with time!

See another project by the studio: Melbourne home with classic character and modern touches