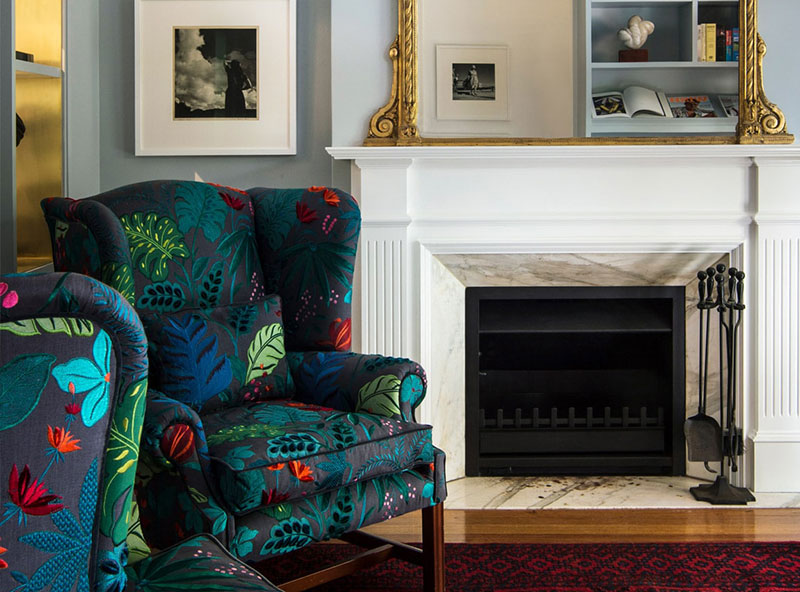 Sometimes the creation and completion of interior design can take far more than one year, for example, the projects of this Sydney home lasted for 5 years. And it was not the matter of slow work or long coordination, the owners simply chose to do the construction works gradually: first the living room, the kitchen a year later, and after a couple of years the other rooms. During this time they make good friends with the designer, so the process was a real pleasure. The spirit of creativity and aristocracy reigns in the house: classical forms are complemented by deep shades of blue, green, red. But at the same time, looking at the photo, you understand that some rooms differ in style from others – it means the owners made them later and with a different mood. But this does not spoil the whole image, but, on the contrary, adds life to the home!