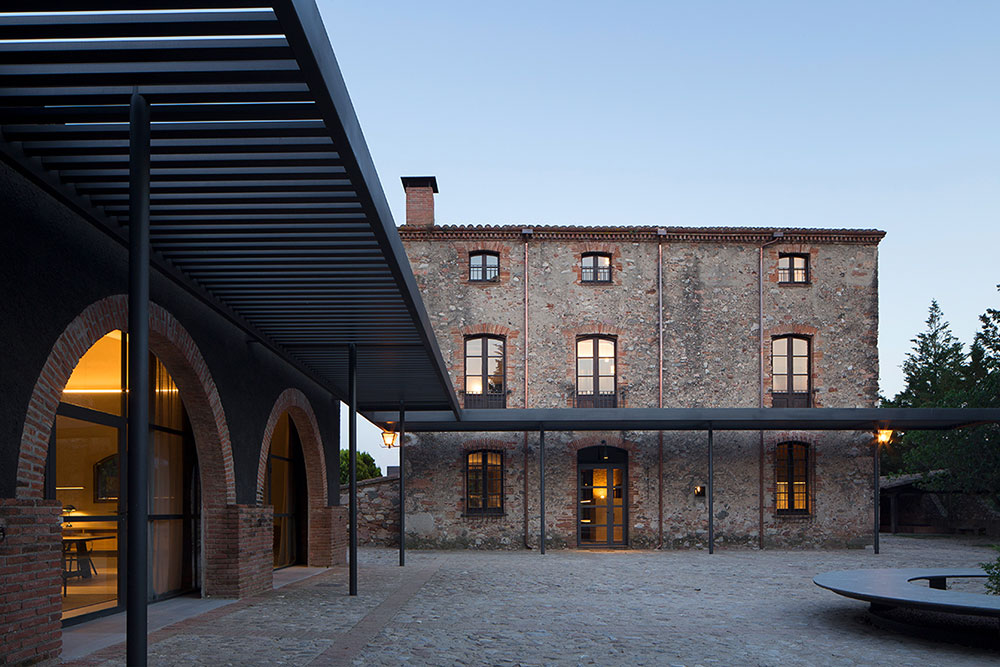 In the 21st century, this ancient stone estate in Catalonia, Spain, began a new life. Bohemian interiors and furniture of the 19th century gave way to minimalism, dark colors and wood. Not only the main three-storey house, but also the adjacent annexe, which had previously served as a stable, underwent alteration. The horses live on the estate now, but they have been allocated in other buildings. In the interior design, bright rooms alternate with dark rooms in dark colors, but this combination perfectly reflects the history of the building – after all, it was built at a time when electricity was out of the question. The backyard was also designed in the style of the house – minimalism and simple geometric shapes, while the large pool is framed by trees and neat bushes. The contrast of antiquity and modernity in this estate looks very impressive, a great new life!