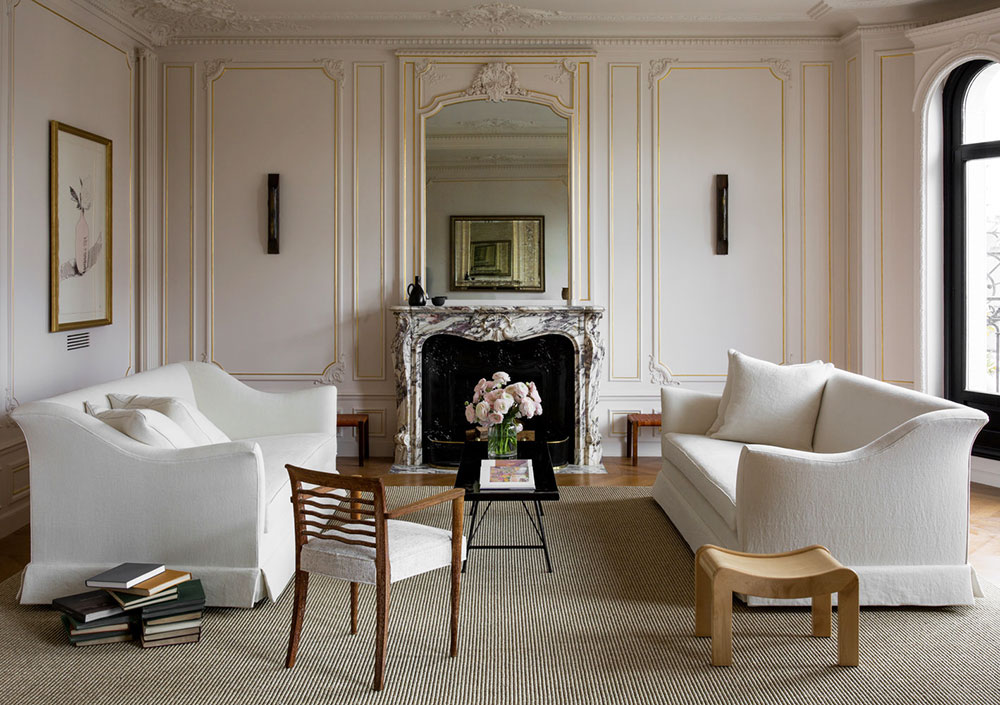 For Texas-based designer Christina Cole, this penthouse in Paris was not just another design project. In the process, she had the opportunity to touch history, restoring a magnificent space in a real architectural monument – a house from the beginning of the 20th century, built by the famous architect Charles Adda. Christina restored the unique historical details in the most careful and accurate way, such as plentiful stucco and moldings, herringbone flooring, a marble fireplace, as well as arched openings. But also the designer adapted the interiors to modern life with touches of sophistication and style. Majestic home!