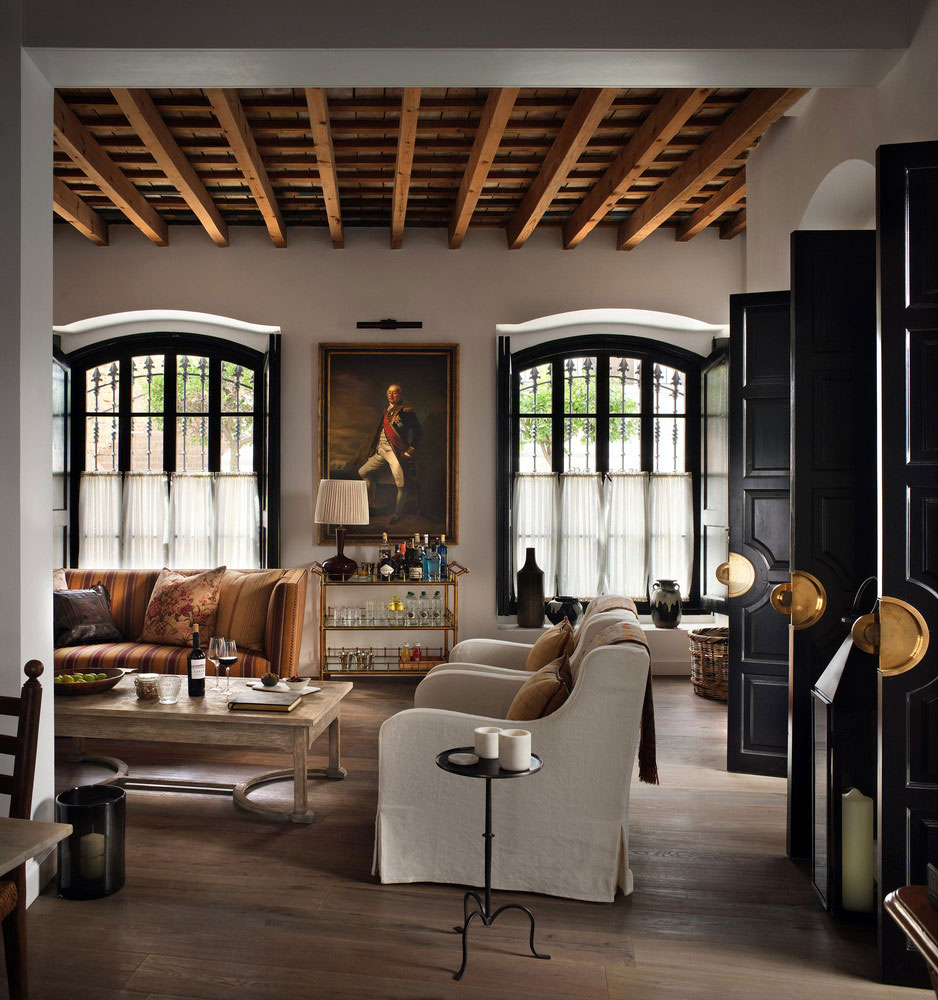 Plaza 18 Hotel in Vejer de la Frontera in Andalusia has just six rooms, but with look at the grace and attention to detail that these interiors were designed. The building of the late 19th century was erected on the foundation of old 13th-century house, and this story formed the basis of design. During the renovation works, each material and piece of furniture was chosen with particular scrupulousness – it was important not only to recreate the old atmosphere but to make the most of the original objects of those years. Once in the hotel, the guests immediately finds themselves in a glorious black and white lobby. These colors are then repeated only in details, because the rooms, on the contrary, turned out to be a bit different: with color accents and ornaments. But, perhaps, the main asset of this place is landscapes, which certainly have not changed for many centuries!