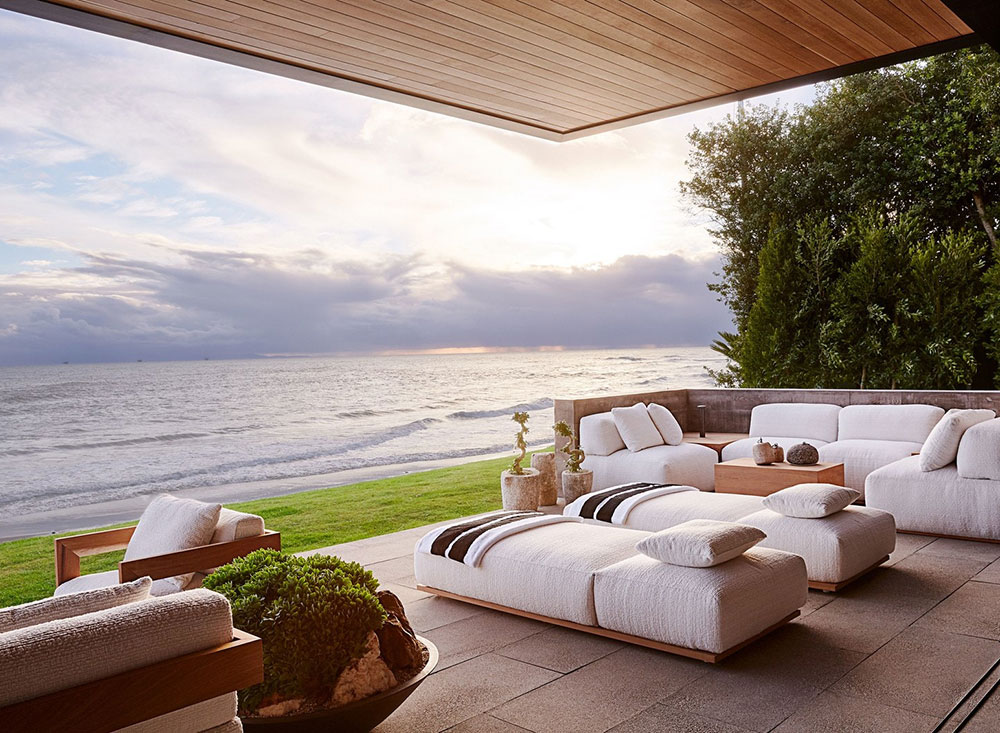 It all started with a love of the place. Barry Schwartz, who founded a successful fashion empire with his friend designer Calvin Klein, has been renting a beach house in Santa Barbara right by the ocean with his wife for more than 10 years. The place became so close and dear to the couple that they decided to purchase a plot of land nearby to build their own slice of paradise. Leading local architects and designers were involved, and they were supposed to create a chic and sophisticated home, that is 100% open to the beach and views. What came out of it – see in our today’s tour!