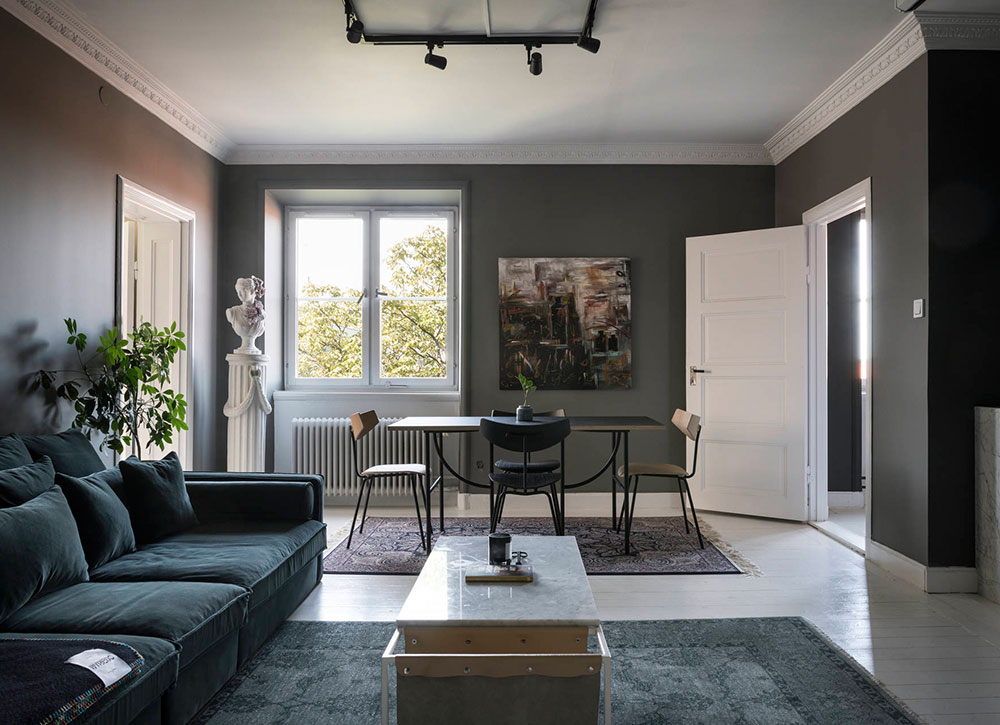 The minimalistic interiors in dark colors of this Swedish apartment were diluted with a rather unusual decor – several sculptural busts of white color. It is not clear whether the owner is fond of art, or simply followed decorator’s advice, but such a solution really added notes of nobility in a rather ascetic Scandinavian setting. In addition, the kitchen also has a museum object – a classic painting, which for some reason is half-wrapped in colorful paper (apparently, this is such an art object). Otherwise, everything is very Scandinavian – simple and stylish. How do you like such dwelling?