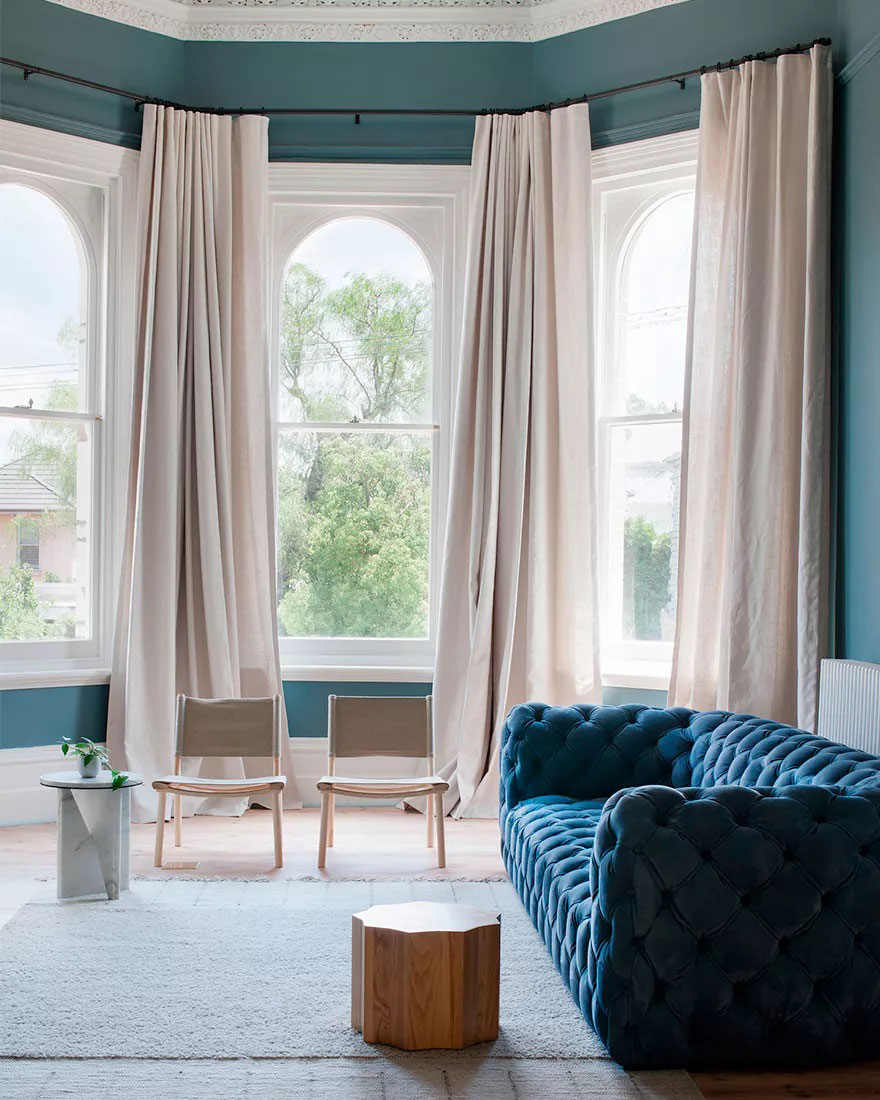 Initially, this Victorian mansion in Melbourne was designed as a family home, but it so happened that for a long time it served as a retirement home. Now the building is again privately owned, and the designers had to return to its former splendor. First, original stucco, molding and stained-glass windows were restored, and then the floor – the red carpet was removed, and under it was found a pine board, which was also put in order. As a result of such transformations, the house became more light and airy, and, finally, the Victorian era prevailed. The interiors were not overloaded with furniture and accents, as beautiful architecture, arches and stained-glass windows are the main decoration of this home!