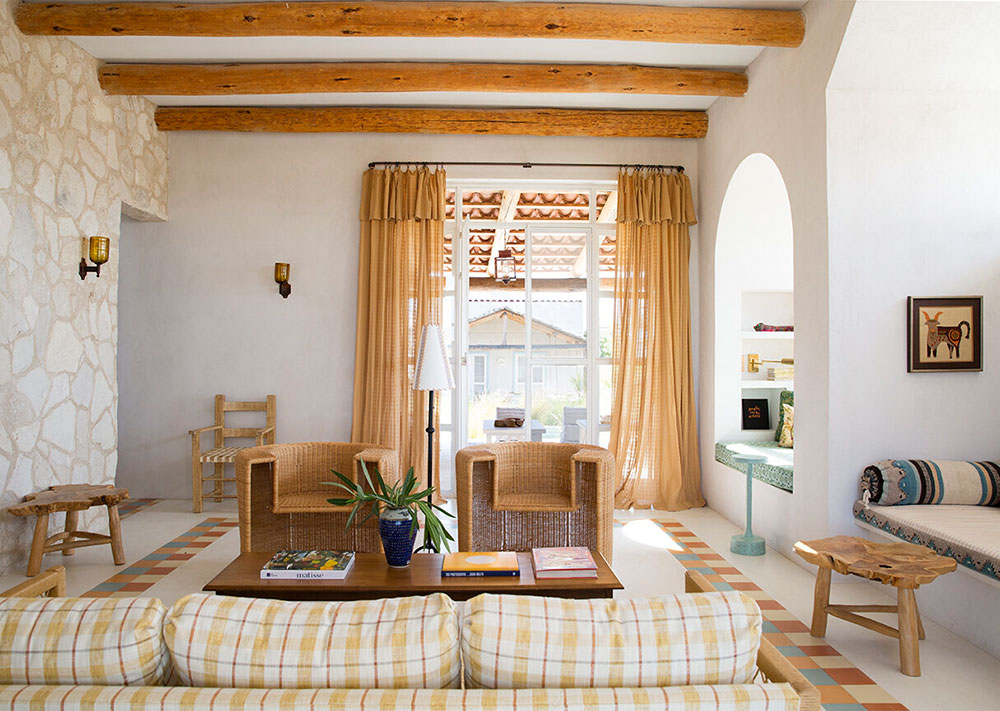 As a teenager, American designer Alex Boudreau often came to these lands with her parents and sisters during the summer holidays, and now, many years later, she decided to build her own cozy house in such a place so dear to the family. It is a hot and picturesque resort region of the Gulf of California with white beaches and a pleasant climate. Although the villa was built from scratch, in its design Alex tried to convey the local atmosphere and unique culture, thanks to which the interiors turned out to be very interesting and at the same time cozy and soulful. Let’s take a look!