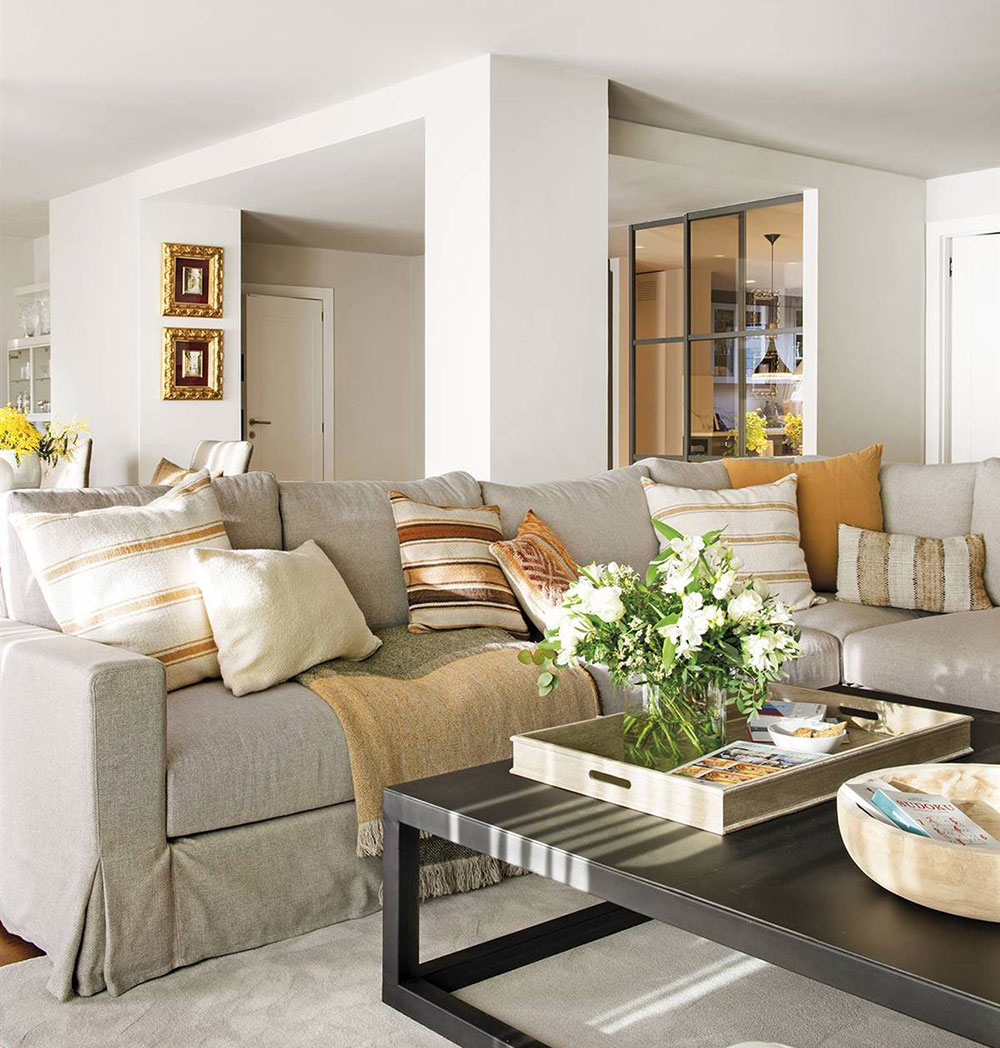 This bright apartment in Barcelona is home to 74-year-old Teresa, who moved here from the suburbs to be closer to her son and grandson. But this home is not at all like grandma’s house – it is modern, trendy, but at the same time cozy and cheerful. Designers have resorted to Spanish classics: light shades, warm accents, natural fabrics and plants. For all rooms, except for the kidsroom, they chose a beige and yellow color scheme, which creates that very friendly and warm atmosphere. Teresa made sure in advance that the grandson, who is still three years old, had his own room in which he would spend the night during his visits to his grandmother. And you really want to visit such a house.