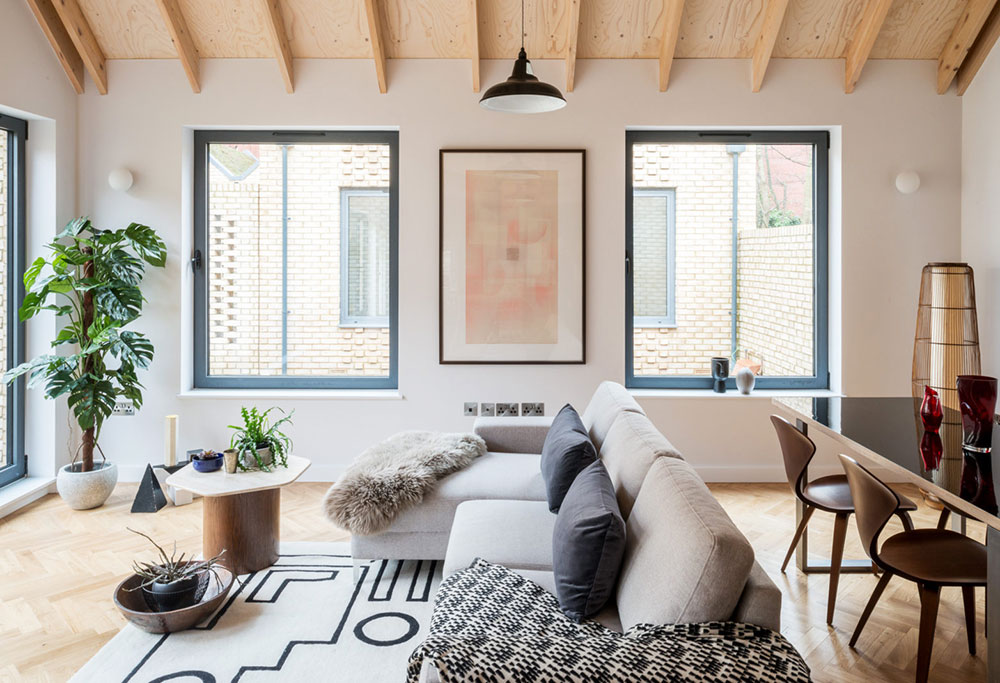 In one of the districts in north London, local authorities solved the problem of an empty industrial facility in a rather original way. Thus, a series of original private houses has recently appeared on the site of an old timber warehouse complex. The cottages have an unusual barn-type architecture, the facades are made of bricks, and even grass grows on some roofs. Accordingly, the interiors are also not quite similar to typical urban housing, but rather evoke associations with suburban housing. Today we have a virtual tour inside one of these houses!