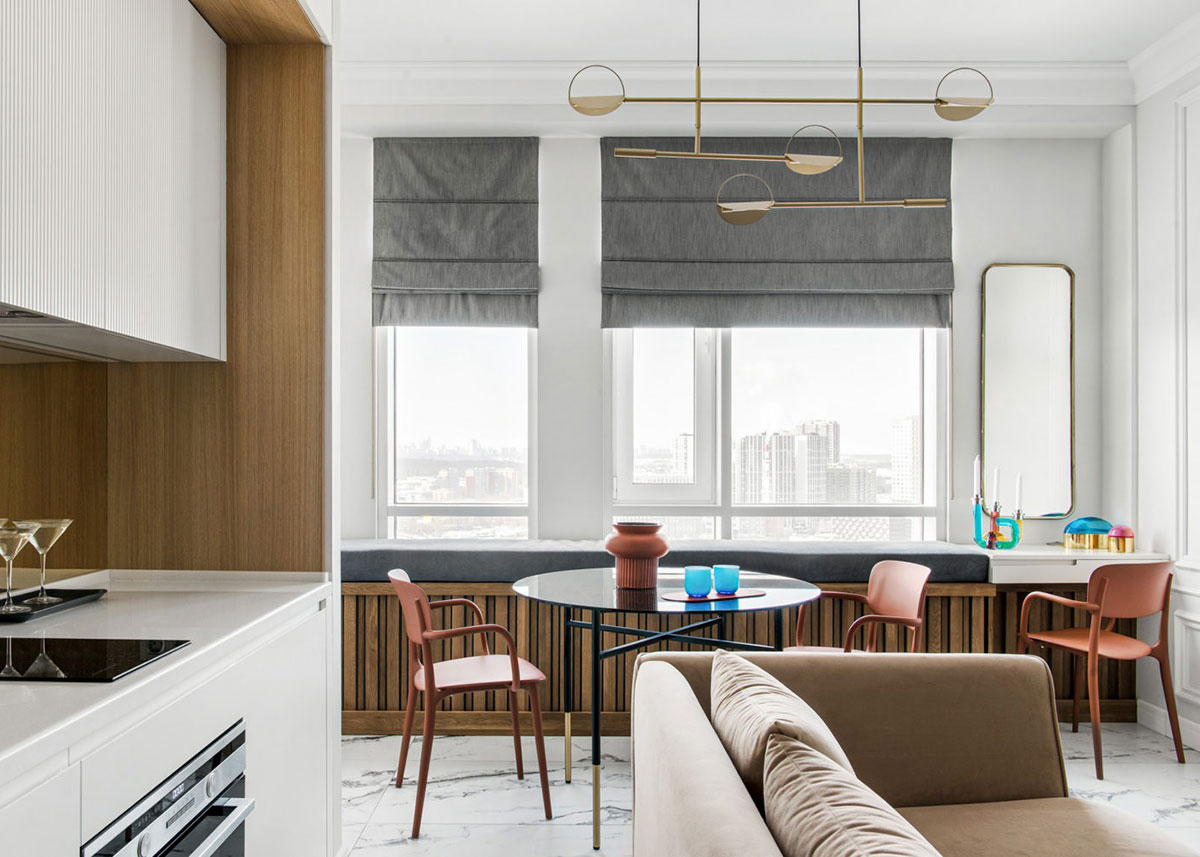 As often happens these days, the owner of this small apartment in Moscow found designer Katya Ulanova on Instagram. The girl liked her recent project of a bachelor’s apartment so much that she asked the designer to make her exactly the same home, only in a girl’s version. It should be noted that the layout of the apartment is rather inconvenient – it is elongated and with only one window, and the total area of a mere 30 sqm did not leave much room for maneuver. But Katya was able to squeeze maximum out of every corner, offering several original and useful solutions for small spaces (among them – a bedroom behind the curtain). Great home for a modern girl!