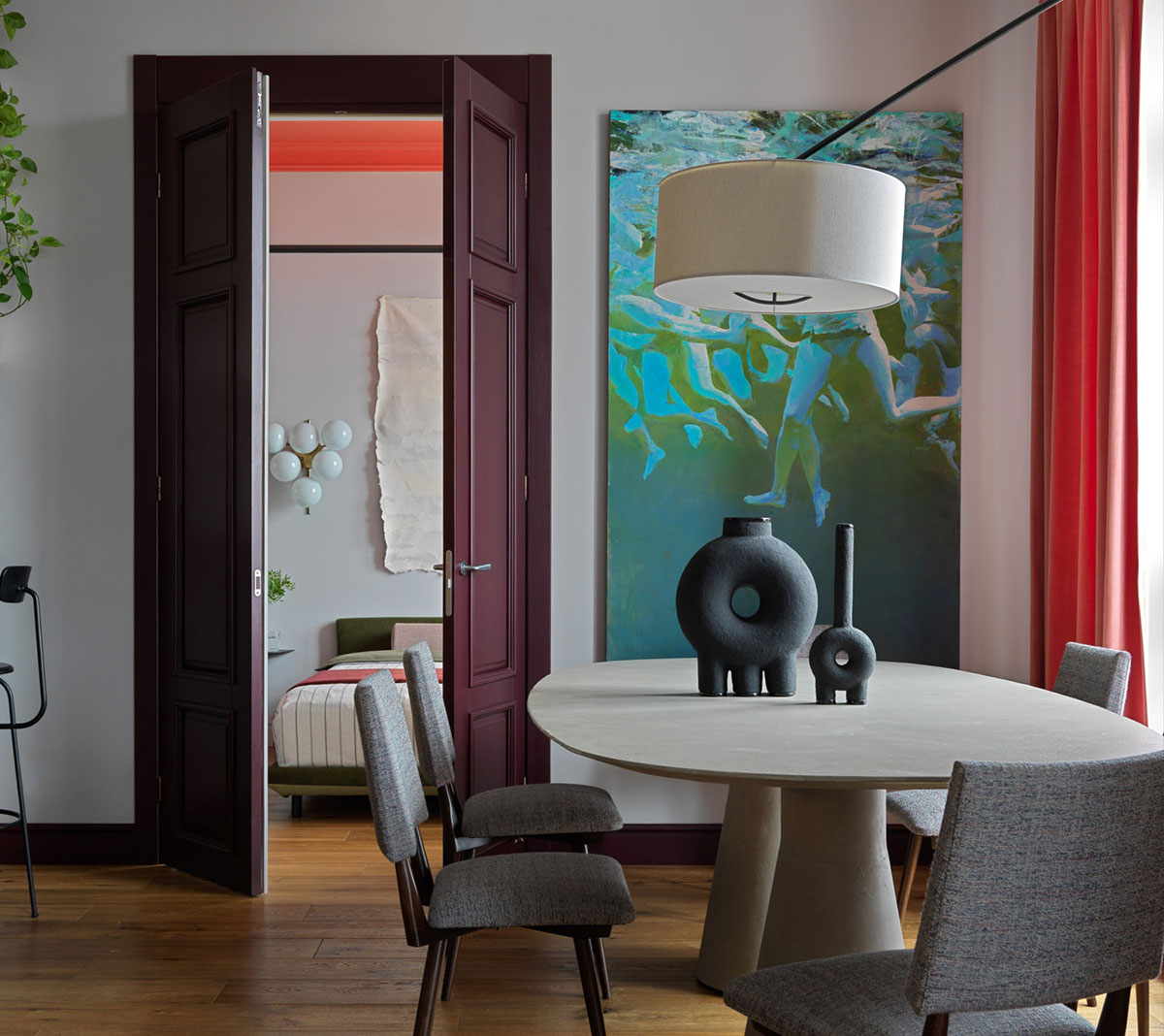 Designer Maria Stepanova’s apartment in Moscow became a creative workshop and a kind of testing ground for her own bold ideas. Unlike her previous home, which Maria designed in calm gray tones, here we already see a riot of colors and bright accents – according to the designer, they are simply necessary for a comfortable and harmonious living. The owner especially loves red, different shades of which were used in the design of this home. In addition to colored walls and ceilings, Maria has filled the rooms with a large number of different art objects that make any space even more lively. Bright and bold home!