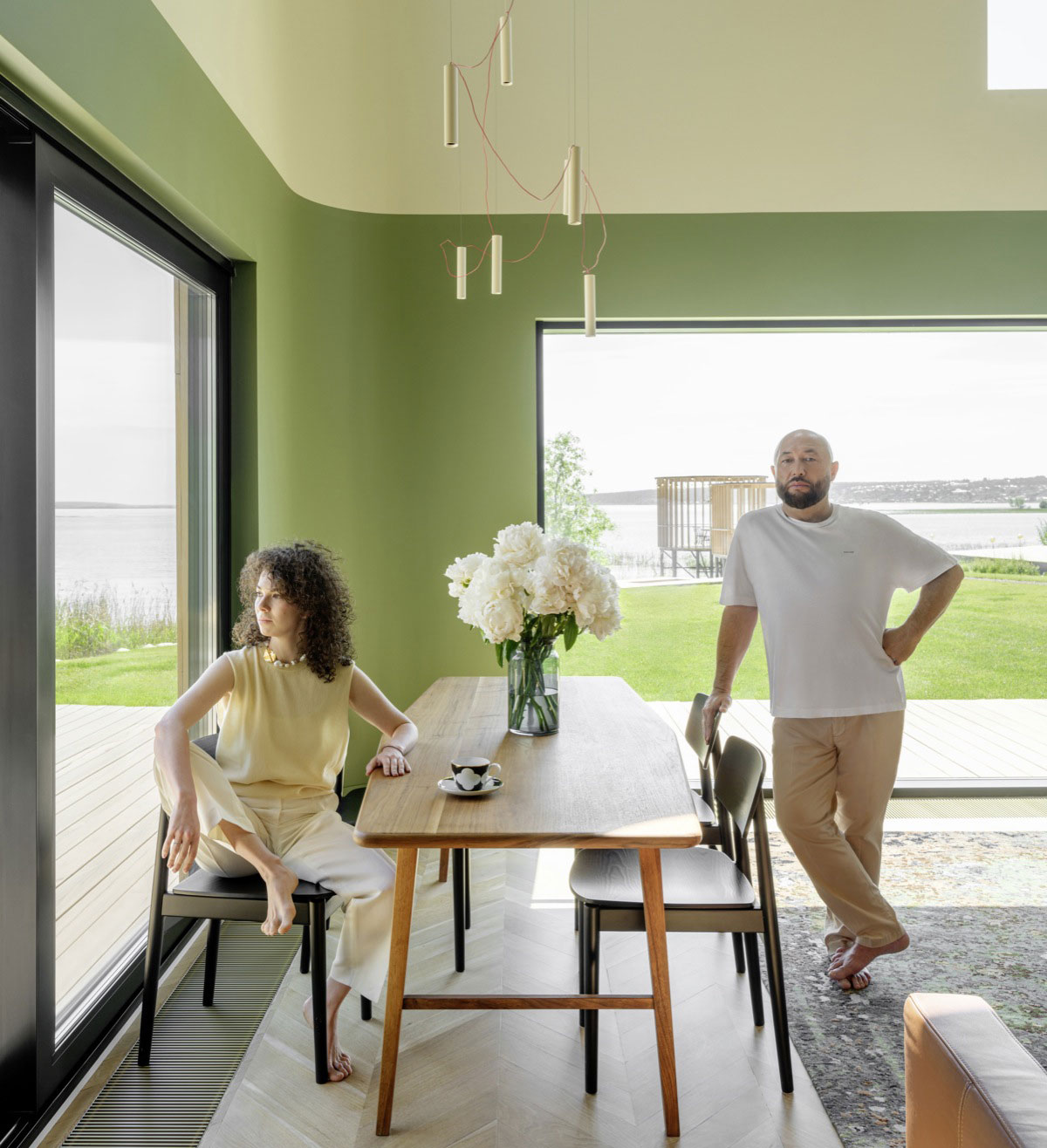 The famous film director Timur Bekmambetov lived in a rented apartment for a long time, but recently came to the realization that he urgently needed his own house. Since he is an incredibly busy person, his wife Natalia was engaged in the construction process – it was decided to build a house while Timur was on the set. They approached their friend, the architect Petr Safiulin, who created a unique design home house for the family using modern pre-fabricated technology. The house looks very unusual, futuristic in shape with rounded corners, but inside it is minimalistic, but cozy thanks to the abundance of wooden elements. And they also love green here – there is a lot of it in different rooms. Let’s take a closer look!