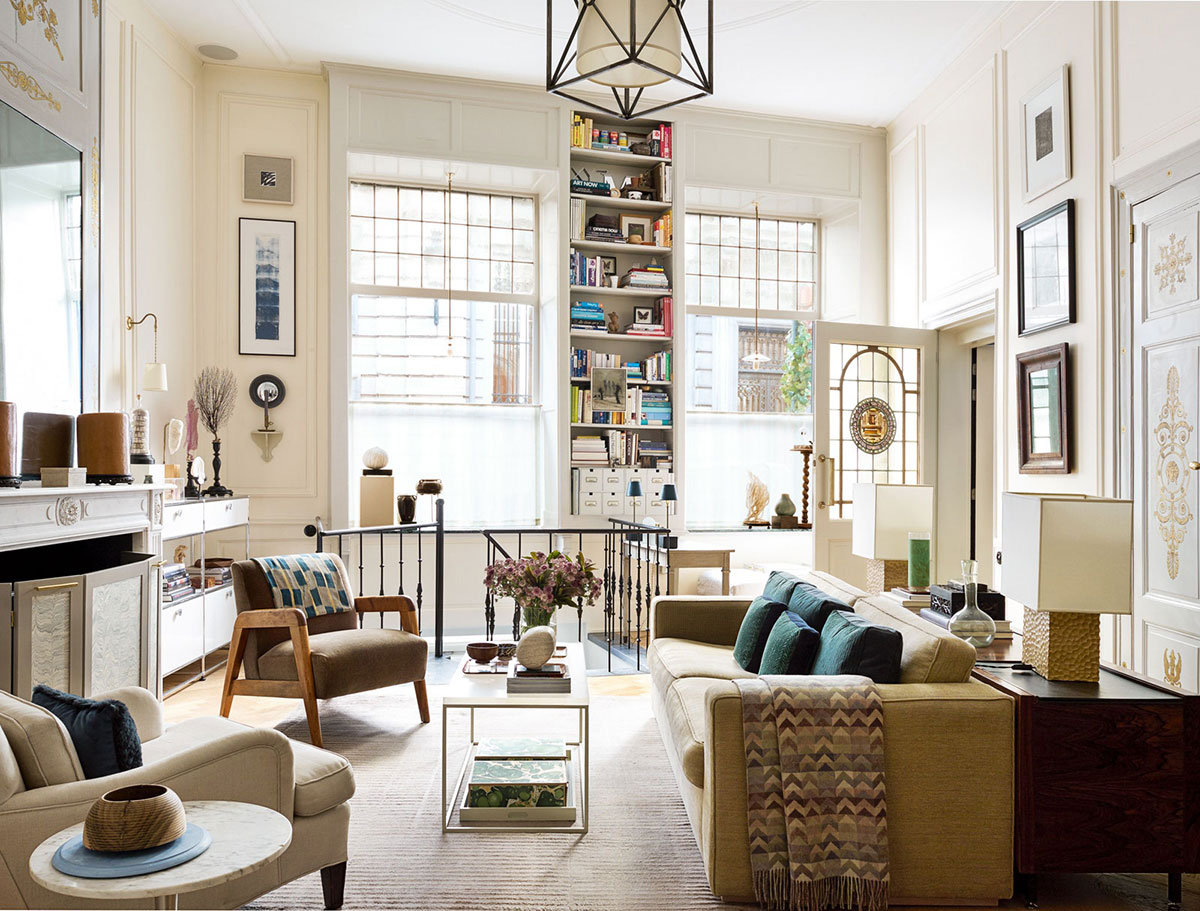 When the famous set designer and stylist Melanio Gomez moved from New York to Brussels, he immediately decided for himself that he wanted to live in the old center, next to the Grand Place. The abandoned building of an old bookshop, information about which has been going on since the 17th century, immediately attracted him, but once inside, the designer was not so impressed. Despite the great height of the ceilings, the house had no kitchen, no bathrooms, or bedrooms. But when the previous owner offered to help with the renovation, Melanio agreed to this long and exciting adventure. We can say that the result was worth all the efforts – the house now impresses with its unusual light spaces, beautiful design and preserved historical facade. Bravo!