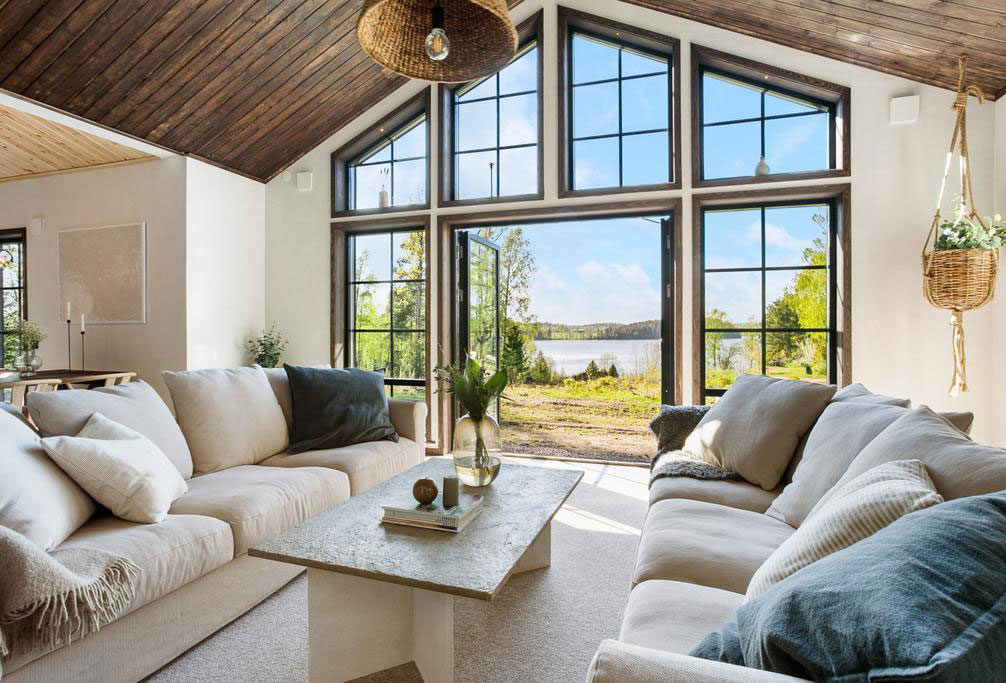 A barn-style house with a characteristic gable roof, are originally from the USA, where they originated and have gained great popularity lately. Which has reached Europe – now such homes can often be found also in our countries. Today we have a great example of such a barn house in Sweden, which is quite unexpected given the Swedes’ love of their traditions. The interiors of the home are also influenced by the American style, albeit with purely Scandinavian furniture and details. In general, it turned out to be a rather cozy weekend home in nature. With such views!