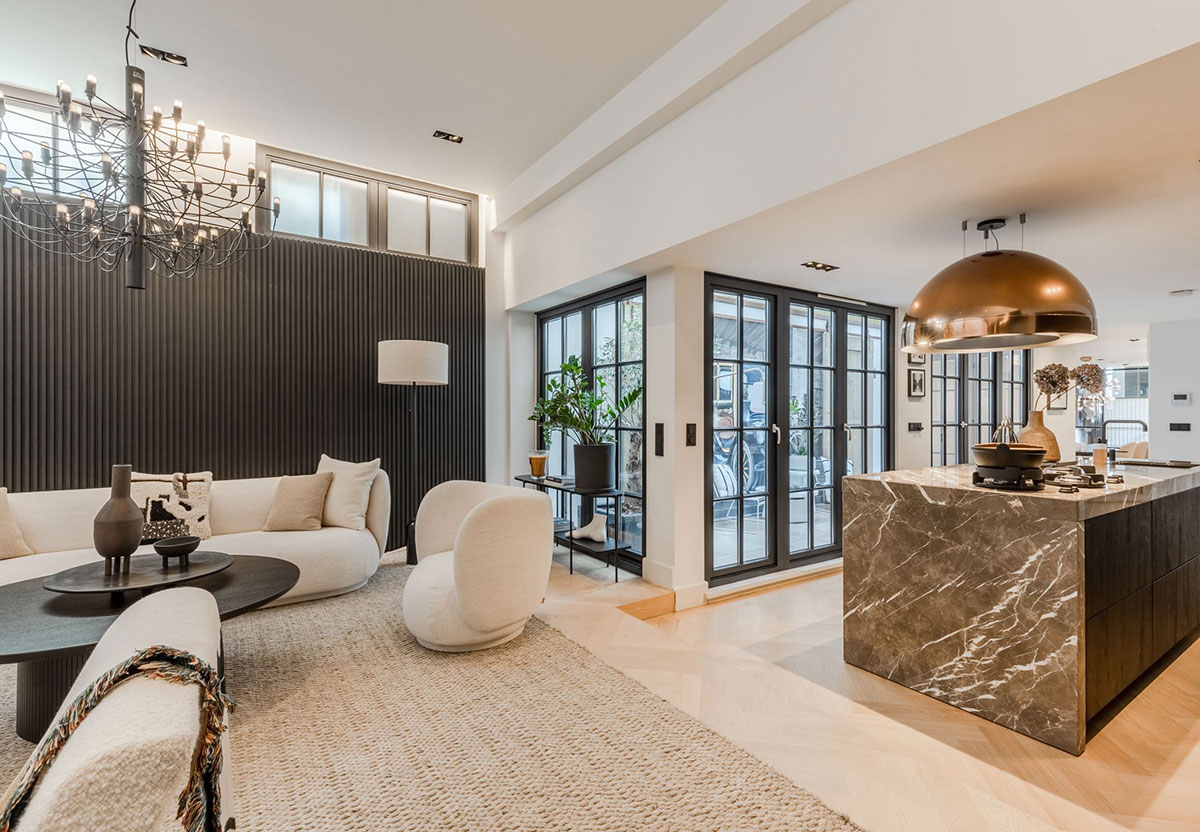 In the center of Amsterdam, almost every house is unique, but the building in which this apartment is located has a very special story. Firstly, it was built back in 1688, which makes it one of the oldest townhouses in the city. But the most interesting thing is that for almost its entire several centuries-long history, the house was not used as housing. For example, at the beginning of the 20th century, the first Ford garage in the Netherlands was located here. The apartment has recently been completely renovated, and we can see echoes of the past in some parts of its interiors. Overall, this is a trendy Scandinavian home with unique architectural details. Let’s have a look!