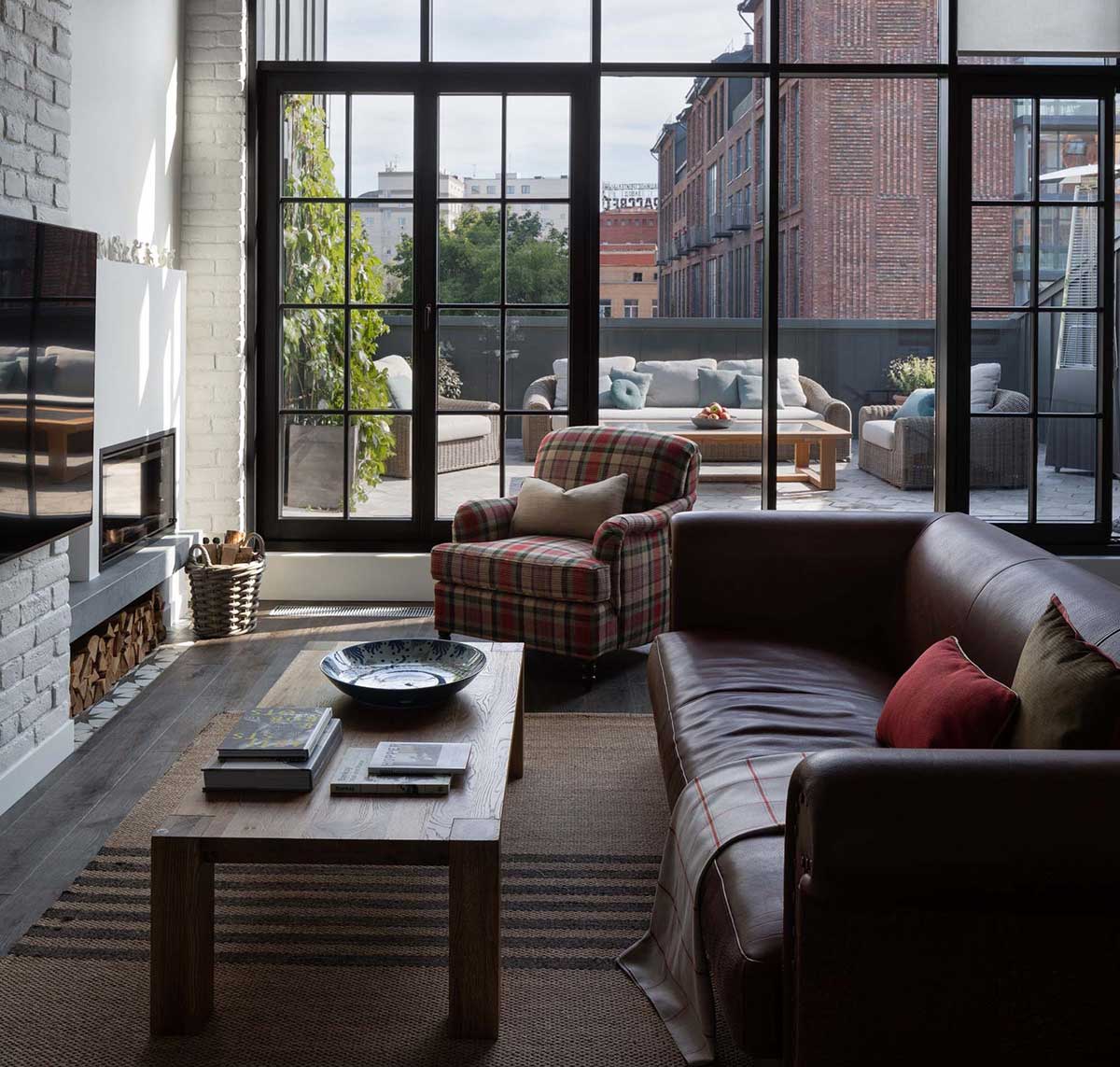 Everything in this Moscow apartment – location, space, views from the windows to the brick houses and high ceilings – resembles the famous industrial homes of New York. The reconstructed building of the former factory, which is now used as housing – it was in such conditions that New York lofts appeared in due time. It is logical that the interior design was also inspired by American interiors: brick wall, huge windows in black metal frames, characteristic furniture, and decor. Such an unusual piece of America in Moscow!