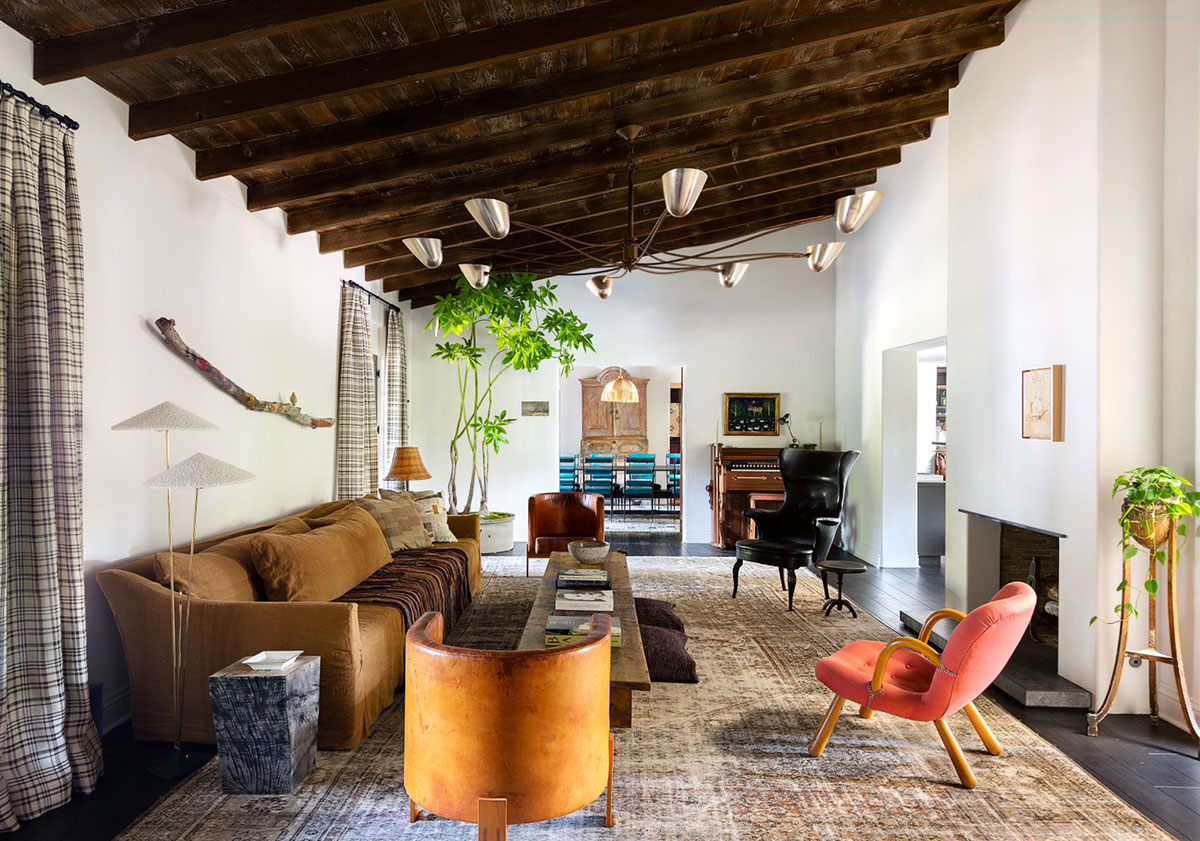 To remodel her ranch in California, actress Kirsten Dunst invited designer Jane Hallworth, whom she has known for over 20 years. Together they managed to create a multifaceted home in beautiful natural colors using a variety of techniques and styles. In general, the atmosphere of an old ranch or a country house reigns here, but with many modern ideas. Many furniture and decor items were purchased by the actress after participating in various films. The Frits Henningsen chair with a headrest was bought after filming in Spider-Man, and Elizabeth Peyton’s portrait of Marie Antoinette remains from the time of filming in the movie of the same name. Many family heirlooms can also be seen in the house. For example, the vintage ship models that adorn the living room and dining room were made by the actress’s grandfather, and the wreath of white feathers was created by Dunst’s great-aunt on her farm in Minnesota. According to the designer, the house has both cowboy aesthetics and glamorous things, and together they form an amazing mix and emphasize the multifaceted personality of the actress!