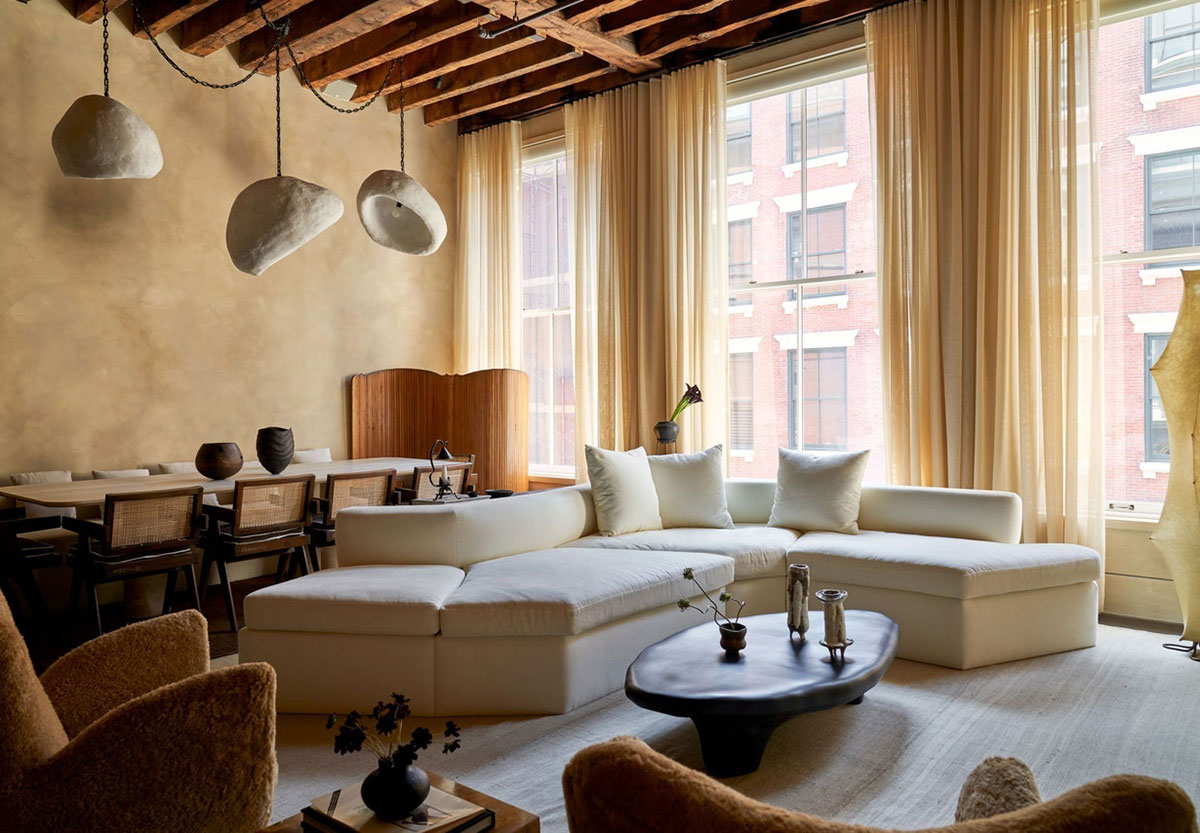 A New York loft is always about rough industrial wall finishes, usually brick, open pipes, and strict modern furniture. But the famous fashion designer Danielle Bernstein, who became popular thanks to her blog WeWoreWhat, immediately knew that she wanted to create something very unusual and atypical in her home if we are talking about a loft in the prestigious SoHo area. So, the owner decided to hide the brick on the walls with a layer of Venetian plaster, thanks to which it was possible to achieve the effect of a Mediterranean style (and this is in the heart of New York!). The ceilings of the apartment are decorated with massive rustic beams, which further brings the space closer to the traditional villas of the south of Europe. In terms of furniture and decor, Daniella chose mostly trendy modern models, although some vintage objects also found a place here. Very interesting and unexpected home!