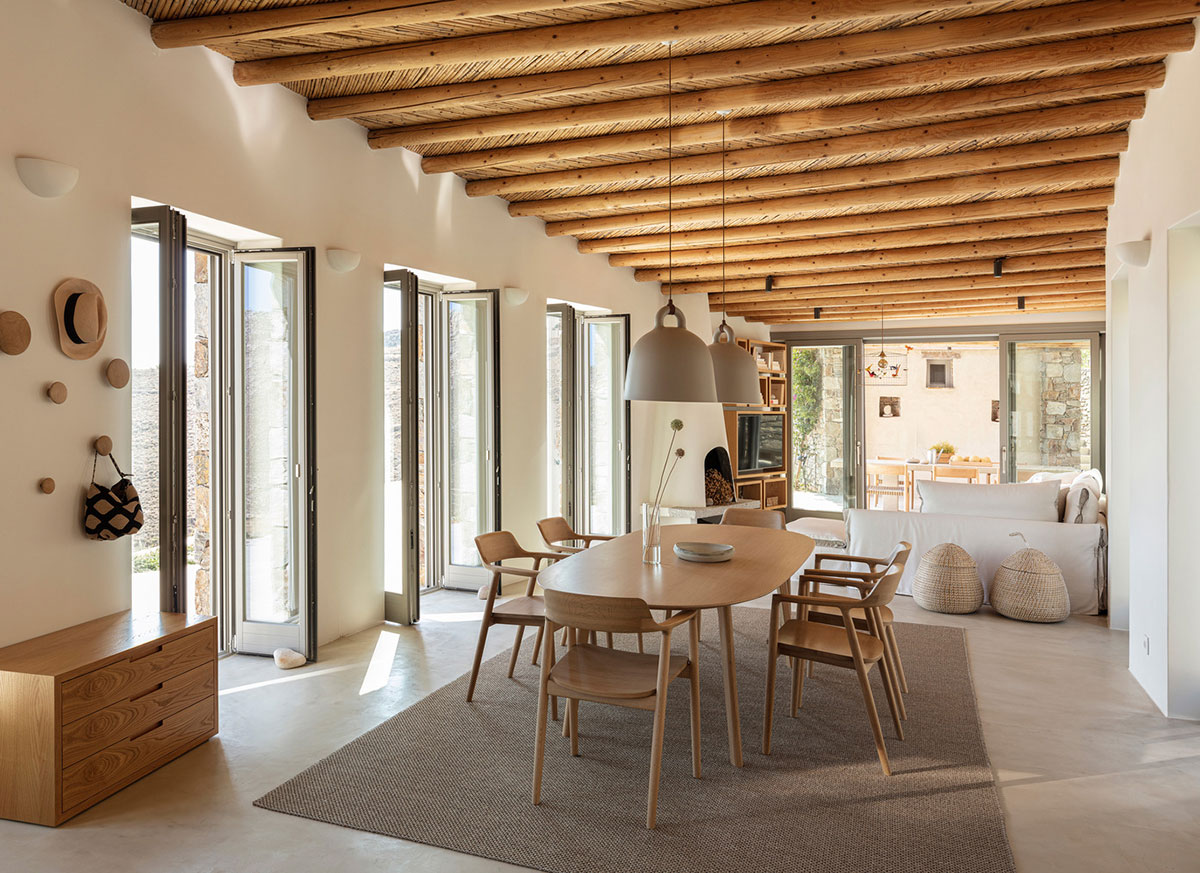 From a distance, this house on the island of Serifos in Greece can be easily confused with a nearby rock. The architects have integrated it so organically into the surrounding landscape. Not only the facade, but also the interior space of the building merges with nature. The color scheme was chosen exclusively from the natural shades of the island: sand, gray, ocher, terracotta and muted green. It is also curious that in space the designer tries to avoid right angles, giving both the facade and furniture a rounded shape, which is also more common in nature. Thus, the clear blue sea, which can be seen from the large windows of the villa, becomes the main color accent of the interiors!