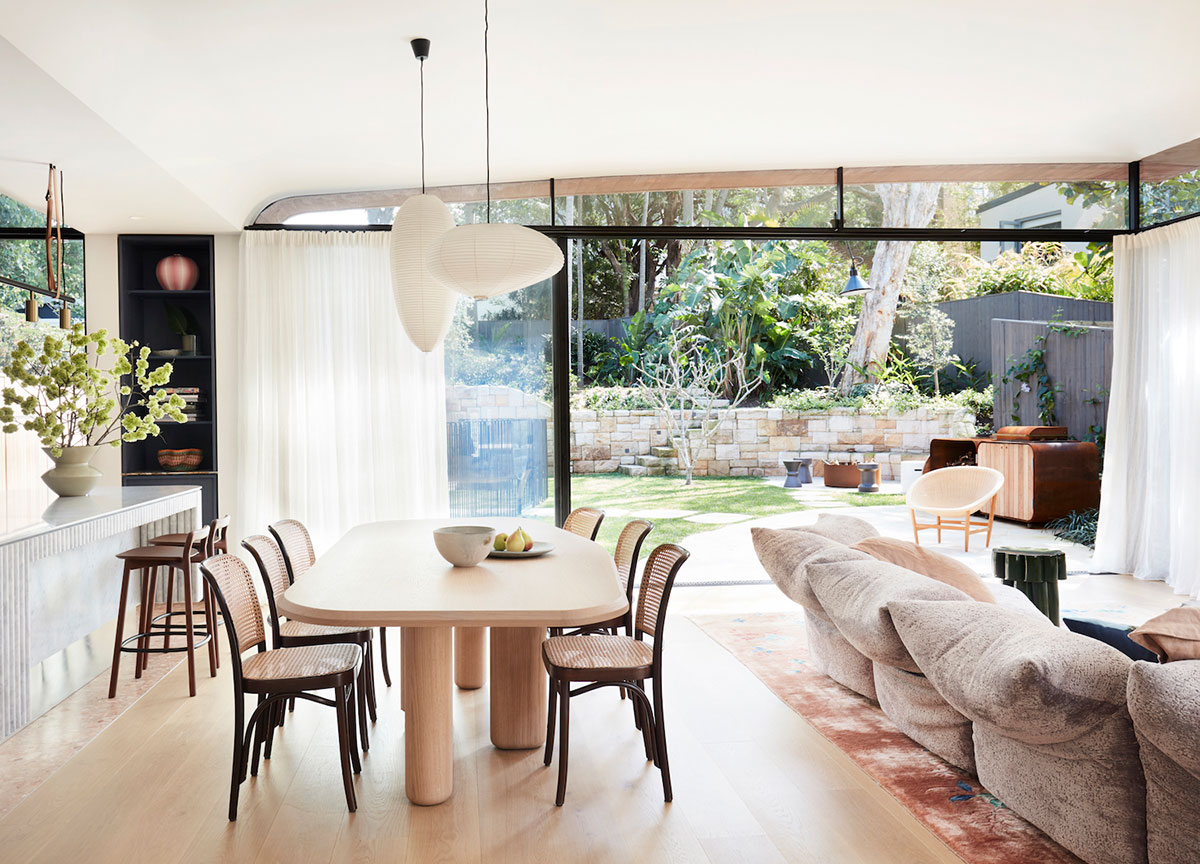 From the outside, this neo-Gothic house in Australia looks very retro: it seems that the interiors are old-fashioned and uninteresting. But, on the contrary, inside it looks modern and fresh. One of the distinctive features of the house is the unusual structures on the facade, which are visible from the inside; preserving them and fitting them into the interior space was the main task. Other elements were not forgotten either: the designer played with the arches in the neo-Gothic style, enclosing them with a modern black steel frame. Milk and gray colors, color accents and modern furnishings refresh the interior and highlight its features. Completing the picture is the original 1980s backyard pool – another sleek design that complements the look of the house!

See another project by this studio