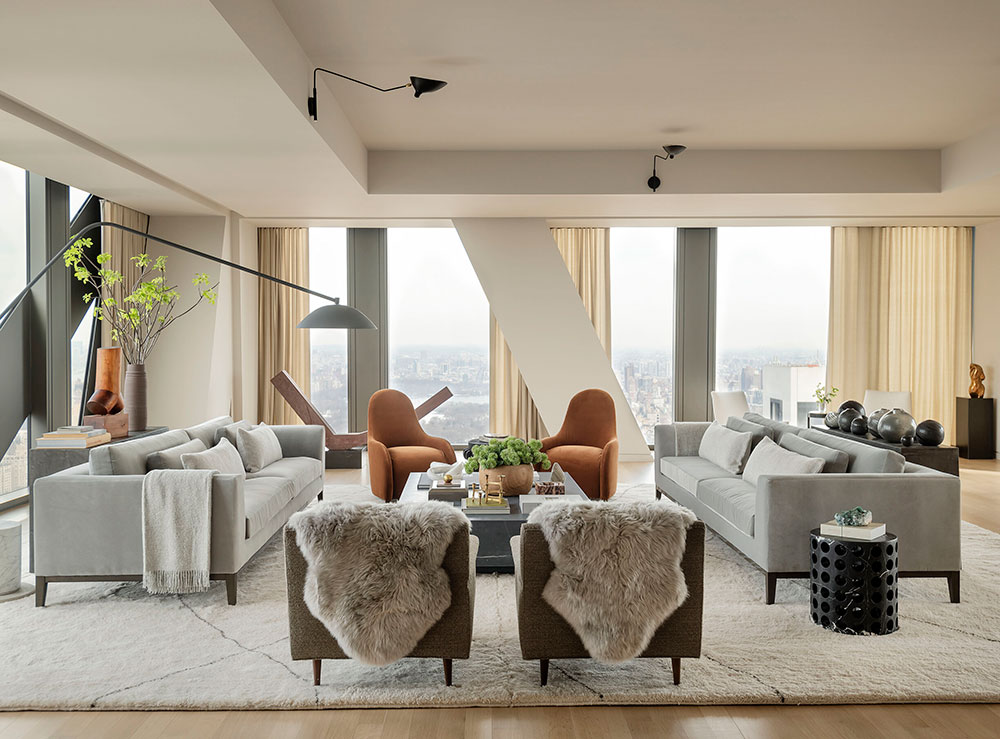 Living in New York in a skyscraper overlooking Central Park is already a dream, and if stylish interiors are also attached to it, then it is a double dream. In this apartment, Rebecca Robertson had to beat the diagonal load-bearing beams, which are located in different parts of the home. They were painted in cream tones and complemented by other geometric elements, which helped to distract attention from the imposing structures. The designer also tried to preserve the open plan as much as possible, since there is nothing worse than dividing the space with large windows into small rooms. As a result, we see a stylish space in gray and beige tones with trendy furniture and modern art objects. And this image is very suitable for an apartment in a New York skyscraper!