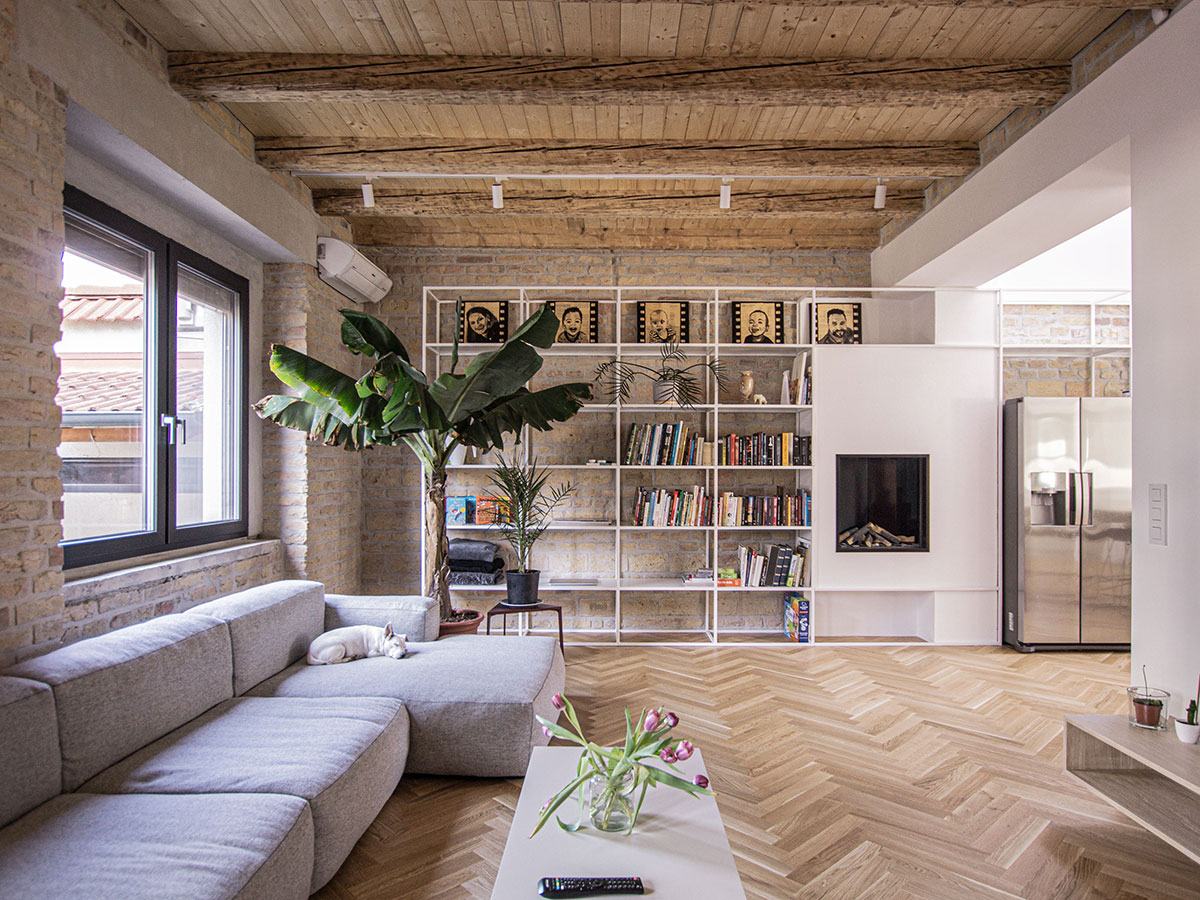 This loft in Bratislava was born after the reconstruction of a traditional Slovak square house built in the middle of the 20th century. The building is relatively small, so GMB studio designed an open floor plan with a second light – for better natural light circulation in the space. The rooms on the lower level are located around a spectacular red staircase leading to the second floor – a private part of the house. The original brick walls and massive ceiling beams, which harmoniously fit into the modern design, added to the coolness of the home. Enjoy!