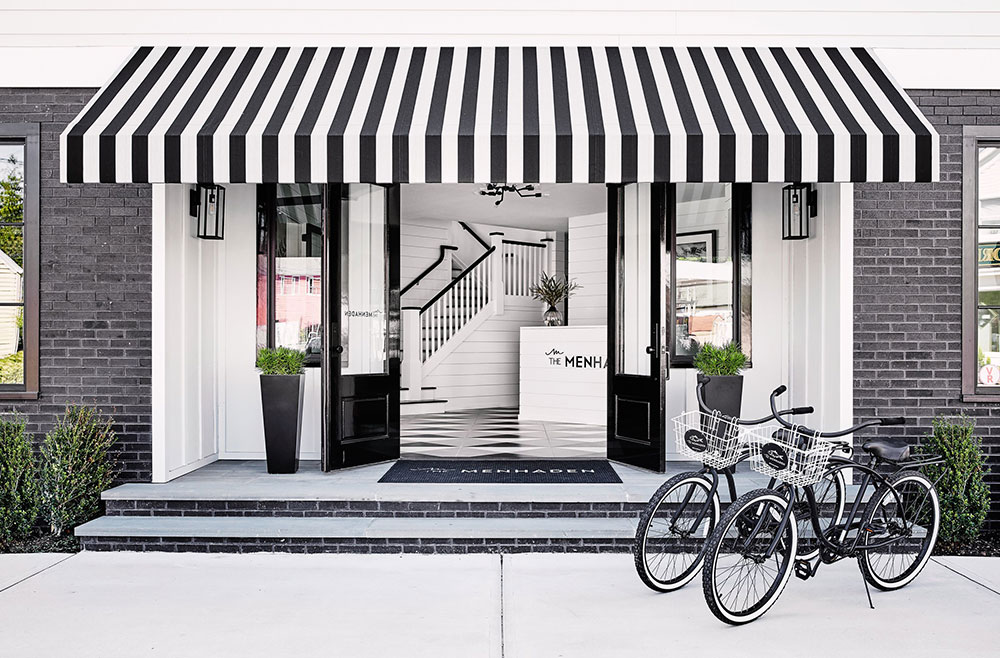 At the beginning of the 19th century, Long Island was an island of fishermen and whalers, and it was this part of the story that the owners of The Menhaden hotel decided to emphasize in the design. The idea was embodied in the name: menhaden is a type of Atlantic herring, the population of which has been greatly reduced in recent years. So the hotel owners decided to pay tribute to the fishing industry and pay attention to the problem. Despite the marine theme, in the design they decided not to go too far with blue, stripes and anchors, but designed common areas and 16 rooms in black and white tones with the active use of wicker furniture and geometric prints. The walls of the lobby and bar are decorated with images of wildflowers and plants, they are also located in vases. By the way, during the renovation of the hotel, ancient bricks, bottles, horseshoes, and even the mast of a whaling ship were found – all these items found their place in the interior. Very interesting project!