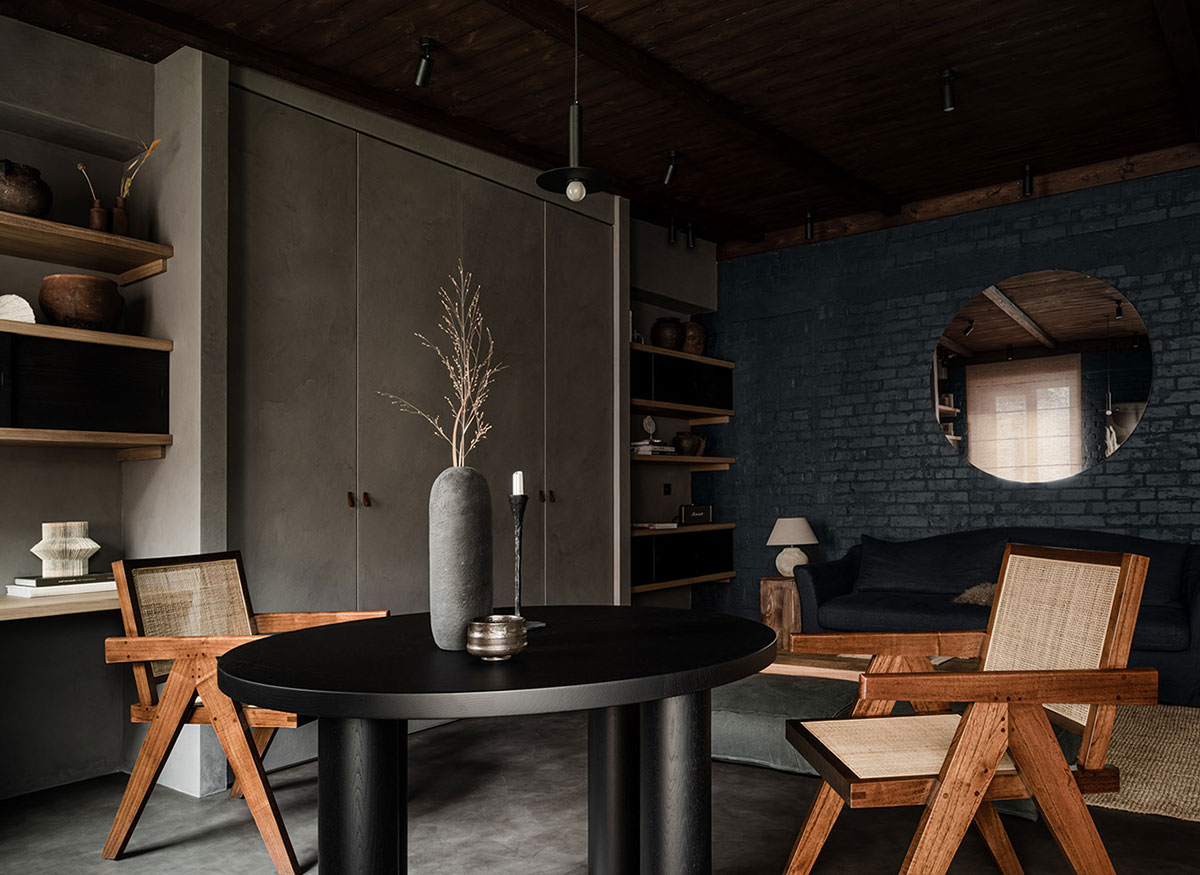 Designer Olga Fradina has transformed an apartment in an old Soviet building in Kyiv, beyond recognition. Previously, it was an inconspicuous rental apartment, but now it is a bold and dramatic space in dark colors for meditation and tea ceremonies, which the hostess, a young but already famous Ukrainian fashion designer, loves to arrange. An important stage of the project was the replanning because the designer significantly changed some functional areas in favor of a large open space. Very stylish and memorable home!