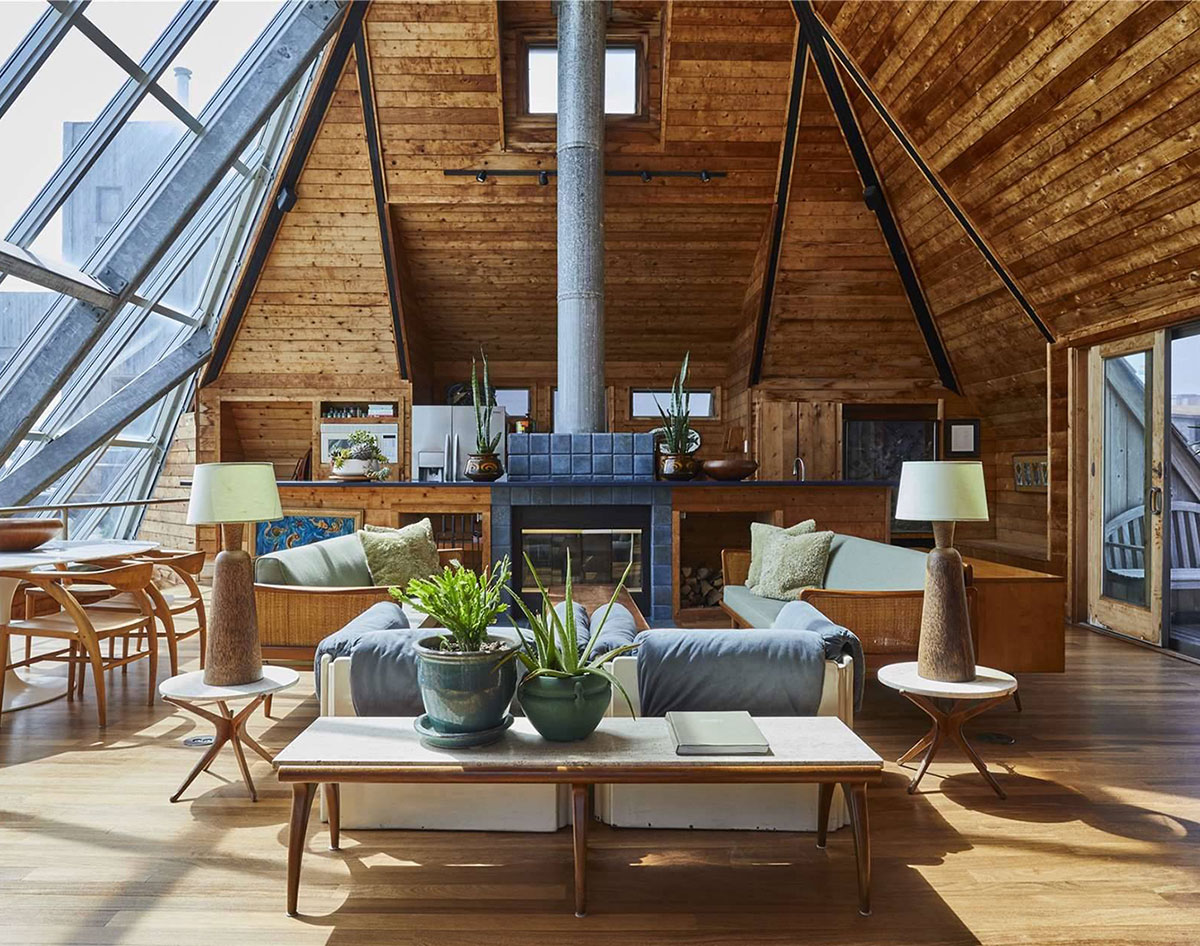 Recently, a rather unusual object was spotted on the real estate market os USA. This is a unique Pyramid House on Fire Island, built in the 1960s by Argentine architect Julio Kaufman. As the name suggests, it features a pyramid-shaped exterior that sets the house apart from the typical buildings of this New York holiday suburb. In the early 2000s, the front wall was replaced with glass, which made the view and panoramas even more impressive, and guests often even note the similarity of such architecture with the new dome of the Louvre in Paris. By the way, the house was put up for sale for 6.5 million dollars. Let’s take a look inside!

See also: Idyllic home by the ocean on Hawaii