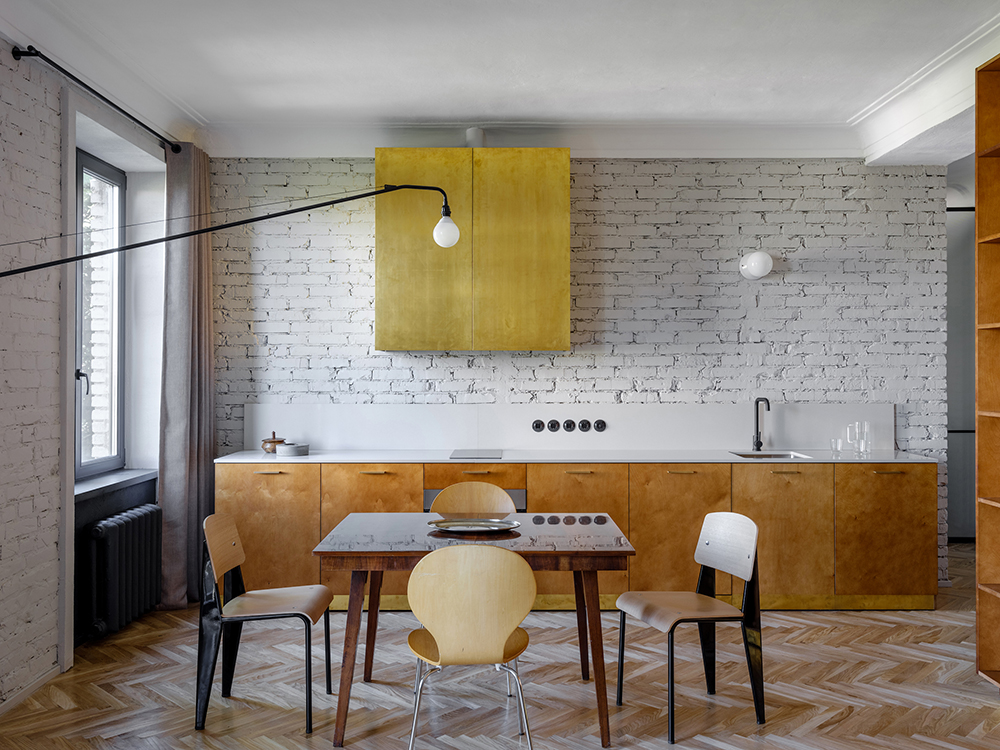 This apartment in a Soviet house built in the 1950s in the heart of Kyiv, Ukraine, has not been renovated for the past half century, and this, according to designers of Emil Dervish studio, was one of the important advantages of unit. The rooms retained the original ceiling with characteristic cornices, ancient radiators, as well as brick walls that did not need to be “released” from numerous layers of plaster. The design was created for a young man, so the updated layout is very modern and comfortable: the general bright space of the living room-kitchen and a small bedroom. The furnishing here is a stylish mix of Soviet-era items, natural wood products and decor by iconic Scandinavian designers. Very interesting project!